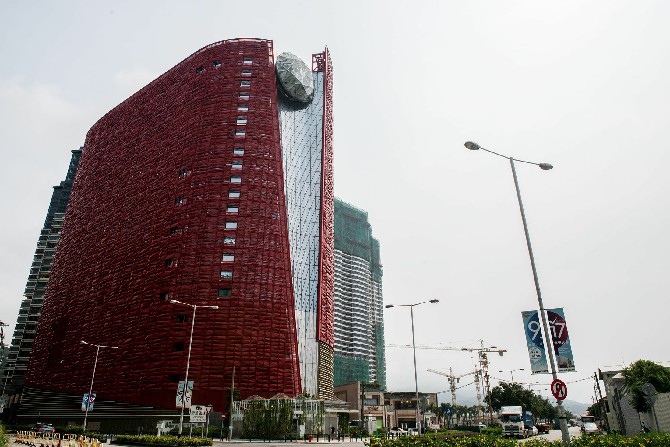 New Concordia Hotel Limited — operator of the long-dormant 13 Hotel, owned by Hong Kong-listed South Shore Holdings Limited (Group) — has gone into voluntary liquidation.
The decision was announced by the Group on June 23. The Group’s aim is to sell off its subsidiary’s assets and settle outstanding financial obligations to pay back its shareholders.“The Board will assess and seek further and appropriate legal advice on the impact of the Voluntary Liquidation,” chairman of the Group Peter Lee Coker Jr. said in the release.
New Concordia Hotel Limited — incorporated in Macau in 2009 — is an indirect wholly-owned company owned by the Group. It ran the ultra-luxurious The 13 Hotel, located on the southern tip of the Cotai Strip. Service at The 13 Hotel has been suspended since February 15, 2020 due to the Covid-19 pandemic.
According to the Group’s 2021 Interim Report, the Group registered an aggregate loss of HKD429 million attributable to the company owners for the six months ended September 30 last year.
The hefty financial loss was predominantly due to the HKD513 million loss reported following the close of The 13 Hotel for that period. The loss breaks down to: HKD298 million in lost income, HKD 186 million in depreciation charges, and HKD 29 million in hotel operation costs.Despite a huge toll on its finances, the final tally represented a 15% improvement, year-on-year, from the HKD 507 million in the same period in 2019, thanks to “the decrease of administrative expenses due to the suspended operations of the hotel and the wage subsidies from government.”
The Group has also engaged in construction business through its subsidiary Paul Y. Engineering Group Limited in Hong Kong. This, in contrast, posted a 3% increase in revenue up to HKD 5.36 billion for the six months.
The conglomerate did not pay a dividend to its shareholders during the reported period. Earlier, the Group was asked by its creditor to pay up a debt of HKD 3.28 billion within three weeks via a statutory demand issued on May 31, or it would be faced with a winding up petition.