Stamp duty regulation and code of taxation may overlap 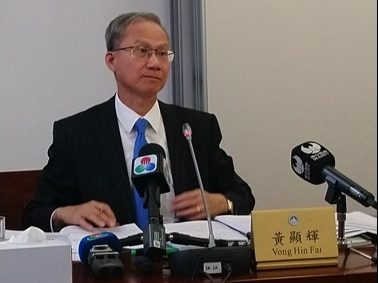 Considering the available drafts, some lawmakers find the authority of the proposed amendment to the Stamp Duty Regulation and the Bill for the Code of Taxation unclear, explained Vong Hin Fai, president of the Legislative Assembly’s 3rd Standing Committee.
The committee held a session to further review the details of the proposed amendment to the Stamp Duty Regulation yesterday. Some lawmakers raised questions regarding the relationship between the two aforementioned legal documents.
The review of the regulation has proposed to eliminate a number of types of stamp duty. Committee members expressed concerns regarding the financial stress that may be inflicted upon the government.
If the amendment is enacted, the government is expected to receive approximately 89 million patacas less from stamp duty each year. In percentage terms, the difference is about 2.93%.
In addition, in the case of lease agreements that have provisions for arbitration, should disputes arise, the stamp duty on the lease will be halved. Meanwhile, if the provision of arbitration gets suspended or the decision of the arbitrator is not abided by, the discounted half of the stamp duty will need to be paid to the government by the property owner concerned.
Some members of the committee are worried about the potential unfairness in the provision. Vong said the legislature will ask the government to explain.
“The proposed amendment has a provision on arbitration,” the committee president admitted. “But how this provision can cope with the Arbitration Law, which has just been enacted, is a question that we want the government to answer.”
Vong also considers it necessary to receive an explanation with respect of “who” the amendment proposal means when it mentions those “not abiding with the decision of the arbitrator.”
The proposed amendment also recommended a stamp duty be levied on the property owner for the lease of partial areas within a property, such as a shop in a shopping center.
Vong stressed that members of his committee raised no further questions as to the direction of the law review. AL