Stronger GBA wealth tie via new scheme is on the horizon 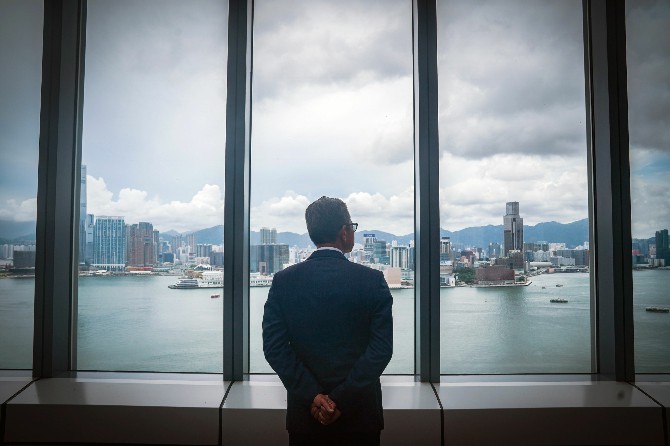 The long-anticipated cross-border investment pilot scheme entitled “Wealth Management Connect” — enabling residents in the Greater Bay Area (GBA) to purchase cross-boundary wealth management products distributed by the region’s banks — will be rolled out “soon”, Financial Secretary of Hong Kong Paul Chan Mo Po unveiled on Friday.
The scheme is a collaborative effort by the People’s Bank of China, the Hong Kong Monetary Authority (HKMA), and the Monetary Authority of Macao (AMCM).
The program is considered a landmark in the further opening-up of China’s financial system, with experts believing that a deluge of mainland money is set to pour into both Hong Kong and Macau’s markets once the Scheme takes effect.
Chan, on Friday, did not specify the concrete timeframe as to when the Scheme will be launched. On Macau’s side, AMCM has not officially revealed the timetable as well. It’s believed that the Central government has the last say in the schedule.
According to Bloomberg, head of GBA at HSBC Holdings Plc Daniel Chan stated that the scheme “marks another encouraging step toward the opening of mainland China’s capital markets and reinforcing Hong Kong’s status as an international financial center,”
The Wealth Management Connect scheme is comprised of two components: The Southbound and Northbound gateways. The Southbound gateway serves residents of Mainland cities in the GBA who plan to invest in eligible investment products offered by banks in Hong Kong and Macau through opening designated investment accounts with these banks.
The Northbound leg is designed for residents of Hong Kong and Macau to venture into the products distributed by the GBA’s mainland banks through the same means.
Chan’s reaffirmation came less than a day after the People’s Bank of China (PBOC) and other mainland monetary watchdogs issued a statement on Thursday night, which stipulated a set of draft rules on the pilot scheme.
According to the draft regulations, the mainland investors deemed eligible for the scheme must be the holders of household registration issued by the nine Mainland cities in the GBA or having paid taxes in the nine cities for five consecutive years.
The mainland investors are also required to have at least two years of investment experience and with no less than 1 million yuan in net household financial assets over the recent three months.
In the initial stage, the PBOC sets a cap of 150 billion yuan to be invested in either the Southbound or Northbound channel and the individual investment quota of 1 million yuan.
The PBOC is now seeking public opinions upon the draft regulations. The deadline for the consultation is due on May 21.
According to Bloomberg, shares in some Chinese banks picked up on Friday, with that of China Merchants Bank Co. up 4%, Ping An Bank Co. up 3.4%, and BOC Hong Kong climbed by 1.6%.
The cross-border investing mechanism was first unveiled in a joint statement published by the three entities on June 29 last year.
On February 5, the “Memorandum of Understanding on the Launch of the Cross-Boundary Wealth Management Connect Pilot Scheme in the Guangdong-Hong Kong-Macao Greater Bay Area” was inked by: HKMA, AMCM, PBOC, China Banking and Insurance Regulatory Commission, China Securities Regulatory Commission, State Administration of Foreign Exchange and Securities and Futures Commission of Hong Kong.