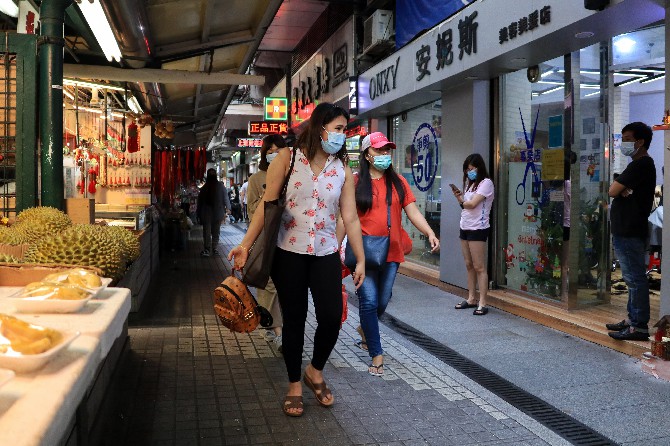 A student research study has shown that migrant workers in the Macau SAR continue to face discrimination in the tourism sector.
The study, titled “Coming, Living And Working In Macau-How Does It Feel?: A Migrant Worker’s Perspective,” was conducted by a student at the Macao Institute for Tourism Studies (IFTM) and shows that these three issues are continually faced by migrant workers in the hospitality sector.
The total labor force in Macau in 2019 stood at 399,500, of which 47% are migrant workers, according to figures from the Statistics and Census Service.
IFTM student Victoria Pwint said that according to her research, economic motivations were the main reason why these non-resident workers chose to work in the SAR, citing the higher income available compared to their home countries.
Pwint presented yesterday via Zoom at IFTM’s TEd Summit 2020.
Her interviews with migrant workers conducted between November 2019 and January 2020 showed that discrimination in the hotel industry still prevails.
“Sometimes people here discriminate against people from [mainland] China. They always think that people from China are not educated compared to them which makes me feel bad,” said one of the interviewees, as cited in her research presentation.
“A few months ago, someone spit on the floor of the laundry room. Seeing this, they started to say loudly that Chinese people are like that: lower educated and always like to spit in public places,” the interviewee added.
Pwint noted that discrimination – whether it be racial or work-related – can impact the mental health of migrant workers.
A study conducted in 2017 by Macau-based scientist Brian Hall shows that the number of Filipino and Indonesian domestic helpers in Macau who suffer from depression is 20% and 12% respectively.
According to the preliminary results of the study, which is called the “Population Research Initiative for Domestic Employees – PRIDE Study,” these domestic workers are vulnerable to mental illness due to their work-related exposures and living conditions.
Although Pwint’s study focuses on migrant workers in the tourism sector, similar mental health issues are still likely to arise.
Her research shows that accepting help from friends and colleagues still remains one of the strategies they use to adapt in the local context.
The student called on companies to provide cross-
cultural training, introduce therapeutic programs and auxiliary classes for employees, as well as pay attention to their needs and working conditions.
Meanwhile, the difficulty of speaking Cantonese and the high living expenses in Macau present another set of challenges that non-resident workers in the SAR face.
“[They are] alienated by local communities due to language and cultural differences, causing stress, depression and other health issues,” Pwint said.
IFTM’s 5th annual TEd Summit included five sessions simultaneously broadcasting the institute’s 44 undergraduate researchers.
The online event aims to share insights and findings amassed by the top student researchers at the institute.