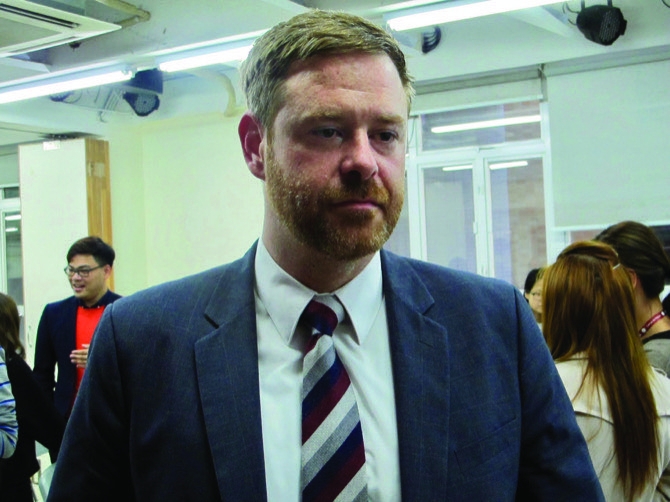 A recent study showed that the prevalence of post-traumatic stress disorder (PTSD) among students at a local university stood at 5.1 percent, following Typhoon Hato which struck Macau in August 2017.

A study of the Global and Community Mental Health Research Group at the University of Macau, which was conducted one month after the typhoon, suggested that mental health services should be available and accessible for students and the general public.

The study – which 1,876 university students participated in – also examined the effect of media exposure on the prevalence of disaster-related PTSD.

According to associate professor Brian Hall, the director of the research group, the findings of the study suggested that students and the public would need access to mental health services, citing the frequency of typhoons in summer.

Hall further explained the importance of developing a disaster preparedness plan to prevent outcomes such as PTSD, noting that the 5.1 percent of study respondents who had PSTD represents nearly 7 percent of local students.

According to the study, in which 66 percent of participants were from the SAR, the prevalence of PTSD was higher among local than non-local students.

When questioned whether it would be challenging for the region to have a mechanism to respond to such cases, Hall replied that mental health should be a priority in the city.

“It will be challenging so long as mental health remains low in priority in the city. The first step is to acknowledge that mental health and well-being is a critical aspect of health,”

“Developing capacity in the city can take the form of training mental health providers, and training non-specialists like nurses to deliver psychological help. There are many possible strategies, but mental health needs to be an agreed upon priority that is important for Macau’s continued development,” Hall concluded.

The study concluded that there were potential positive effects of media use on communities following a disaster, and suggested that future studies may explore the benefit of certain media content in preventing or reducing PTSD.

Brian Hall from the University of Macau’s (UM) Department of Psychology has been awarded the Presidential International Fellowship for Foreign Talents by the Chinese Academy of Sciences (CAS).  According to a statement issued by UM, this fellowship will provide Hall with an honorary appointment in the CAS and the Key State Laboratory in Mental Health, in the Institute of Psychology in Beijing. Hall will also be provided with research funding to initiate new joint collaborations in the field of traumatic stress studies in China. Hall was recently appointed associate editor of the journal “Applied Psychology: Health and Well-being,” and was awarded the first Global Mental Health Fellowship by the World Health Organization.