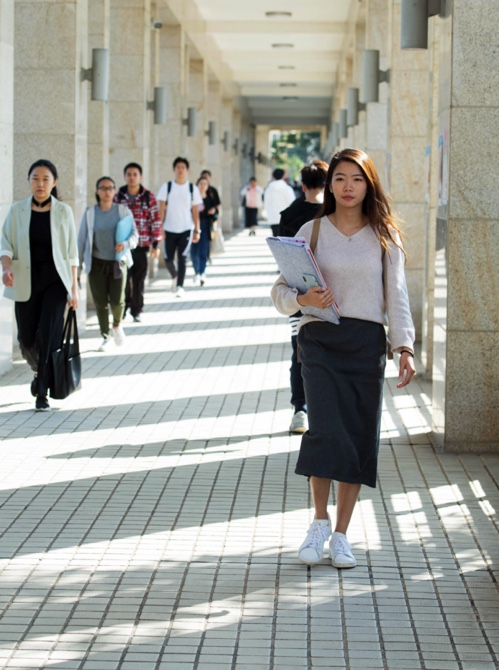 Nearly 50% of the local population experience anxiety and stress at moderate or higher intensity, according to the results of a recent survey conducted by the General Union of Neighborhood Associations (UGAMM).

The survey was conducted in the form of a self-reported questionnaire and received 721 valid responses from local residents aged over 15 years. The highest intensity level for self-reported anxiety in the survey corresponded to a rating of 10.

The survey results revealed that the primary cause of stress is economic or financial pressure, followed by problems at work and school.

Speaking on the sidelines of the announcement of results, Cheong Un Si, deputy director of social services of the UGAMM, observed that the average intensity level rated by local students was higher than that reported by non-students, both employed and unemployed.

She believes that several factors contributed to the higher levels, including concerns regarding educational prospects, pressure from extra-curricular activities, the desire to improve competitiveness and irregular school suspensions amid the pandemic.

She added that certain societal values may also have contributed to stress among students, such as the mentality of “winning at the starting grid,” referring to adults’ desire to equip children to secure early victories in life.

The official also pointed out that less than 10% of respondents reported finding support when they felt emotional or stressed and that they would primarily seek help from family and friends.

However, Cheong noted that, as family and friends may lack the professional knowledge required to help, the city should increase efforts to support the mental health of local residents. Authorities should also improve the four-tier collaborative emotional support scheme.

In addition, she recommended that the government implement more effective family-friendly policies, such as encouraging activities and interactions between parents and children to help reduce the stress levels of local residents.

She also pointed out that family-friendly policies and encouraging residents to participate in sporting activities would also help to improve emotional wellbeing.