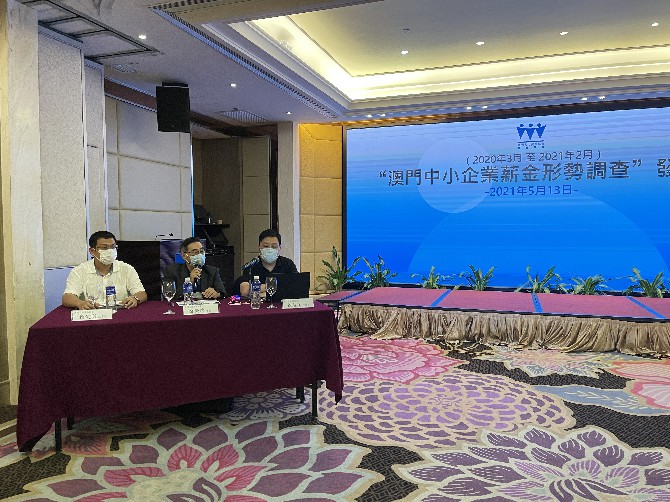 The Macao Human Resources Association suggested to the government, in a survey released yesterday, that future vocational training programs should anticipate the business sector’s development trends, so as to foster relevant talents for local small and medium enterprises (SMEs).
The group discovered that – although 82% of interviewed SMEs did not dismiss any employee during the survey period of March 2020 and February 2021 in the hopes of a prompt catch-up upon economic revival – only 1.2% of interviewed SMEs offer training allowance to their employees.
A total of 1,215 questionnaires were distributed or used in face-to-face or phone interviews, of which 1,192 were valid. The former manner of interview accounted for 87.5% of the total sample, while the latter was 12.5%.
The high proportion of companies not dismissing employees was attributed to the government’s two rounds of consumption stimulus conducted last year. The survey found out that 7% of the interviewed SMEs even needed to add extra workers.
In terms of changes to salary, nearly 20% of respondents experienced change, with 8.1% having their salary cut. Slightly more than 10%, however, saw increase. A worrying 38% of responding SMEs have seen reduction ranging between 20% and 50% of their pay, and 17% between 9% and 12%.
The association is worried that if the economic downturn continues, a new wave of dismissals will happen.
Man Choi, project manager of the survey, noted that it is unlikely this year will see big waves of full-time employment. In contrast, employment will focus on hiring freelancers or part-time employees.
Certain companies have converted employees originally hired as full-time to part-time under consent between the two parties.
Choi stressed that the practice should not be interpreted as exploitation because these employees have the freedom to take more than one part-time job. They may not necessarily earn less than having a full-time job. AL