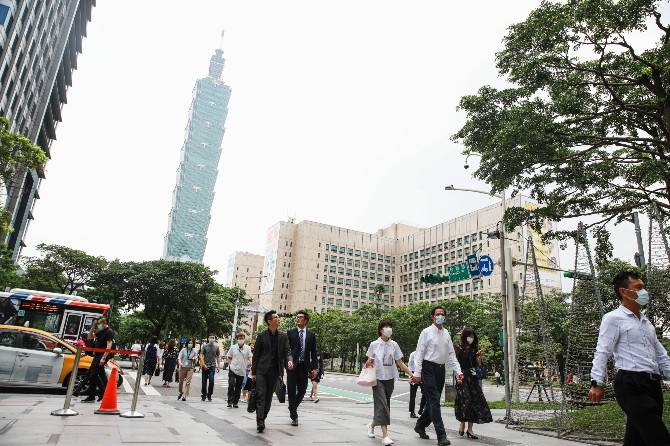 The Mainland Affairs Council of the Taiwanese government has issued a statement firmly denying the accusations made by a “specific media” outlet that Macau students are facing privation and difficulties in Taiwan.
According to the council, the unnamed media organization reported that Macau students studying in Taiwan are “faced with academic and living difficulties, feeling confused and helpless in a challenging scenario.”
In the statement, the council blames the media organization for “purposefully distorting and exaggerating in its report on the situation, causing confusion [among the public] and excessive worries among students and parents.”
“It apparently has ulterior motives,” the council added in the statement.
To clarify, the council stressed that the Taiwanese government has been concerned with the rights of Macau and Hong Kong students in Taiwan to safety, health and pursuit of their studies. It explained that lectures have already moved online, lessening the effect on the right to study.
During its communications with student support groups, the council was not aware of any shortage or difficulties faced by students. Some of these groups even supported the council, affirming that resources in Taiwan are sufficient.
On the other hand, the council has reminded students to be vigilant against both infection and against rumor. They should also avoid crowded places and unnecessary movement.
The SAR government recently sought assistance from the Taiwan government to help the “several thousand Macau residents studying in Taiwan” amid the worsening pandemic situation on the island.
The government’s plea for help was delivered on May 17 to Taiwan authorities via a letter sent by the Macao Economic and Cultural Office in Taiwan.
As stated in the letter, the worsening epidemic condition in Taiwan “had caused anxiety and perplexed the several thousand Macau residents studying in Taiwan, as well as their parents.”
The Macau government is calling on Taiwan’s Mainland Affairs Council to “pay close attention to ensure Macau residents’ demands were dealt with properly and to protect their rights while in the Taiwan region.”
Recently, the Macao and Taiwan Youth Exchange Promotion Association said that more than 500 Macau students currently in Taiwan have expressed their intention to take a unified flight to return to Macau.
These notices are mainly sent from graduating university students who want to return to Macau to pursue their careers, along with some graduate students.
In an effort to better control the current wave of infections, Taiwan has closed its borders to foreigners and transit passenger. Only Taiwanese citizens and legal residents will be allowed to enter the region. AL