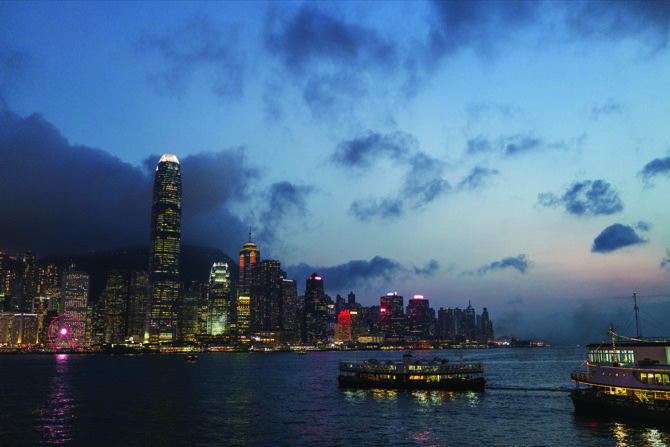 Hong Kong hedge funds have found themselves in the crosshairs of a global crackdown on multinational companies that use subsidiaries in tax havens to lower liabilities.

A new rule introduced by the Cayman Islands that took effect in January requires companies within its purview to maintain an “economic substance” in the territory. Firms involved in nine activities are covered, including funds management, banking, finance and leasing. Economic substance will be assessed on a case-by-case basis but covers things such as “adequate and appropriate” office premises, personnel and expenditure.

The Cayman Economic Substance rule wasn’t designed to target hedge funds. But funds’ Cayman investment managers are caught by it, and will have to comply by January. Failure to do so could result in a fine of around $12,000 for first offenders. That could increase 10-fold in subsequent years, according to Alice Molan, a Hong Kong-based partner with Cayman law firm Walkers.

At least one of Walkers’ clients has already taken the leap and is setting up a Cayman Islands office; others have expressed an interest in doing so. Another alternative is to outsource income-generating activities covered by the rules to service providers in Cayman, rather than move entire teams.

The rule sprung from an OECD-led campaign to target large tech and pharmaceutical companies that develop technology, get an expense deduction for it in the U.S. or Europe, and then shift the intellectual property to low- or no-tax locations where the royalties will be paid.

It captures Hong Kong firms more than elsewhere “because offshore management companies have been used less by European managers in recent years,” according to Paul Hale, the global head of tax affairs at London-based Alternative Investment Management Association.

The ultimate impact will depend upon the firm’s size, the number of funds and strategies it has, and the amount of income the Cayman manager receives.

“A $5 million hedge fund that is long only, has 10 positions and makes one trade every six months isn’t going to have to have as much substance as a high-frequency trader that has $5 billion under management executing hundreds of trades an hour,” said James Gaden, another Walkers partner. “Obviously how much substance dictates how much you’re going to spend” complying, he said.

And the rule probably won’t see hedge funds abandon Cayman Islands completely. Managers will continue to incorporate their funds and management entities there because of the regulatory ease of setting up, low startup and maintenance costs, as well as the abundance of service providers from law firms to auditors who are familiar with the industry, said Ira Kustin, a New York-based partner at Paul Hastings LLP.

Howel Thomas, the Hong Kong-based chief executive officer of Wykeham Capital Ltd., is one executive who’s been impacted. But instead of a physical move, he opted to revise Wykeham Capital’s fund documents to drop the Cayman investment manager and instead appoint a Hong Kong investment adviser to the role.

“Tempted though I am to relocate to the Caribbean, a more sensible move seems to be to remove the Cayman investment manager from our operational structure,” he wrote to the fund’s investors last month. Bei Hu & Melissa Karsh, Bloomberg