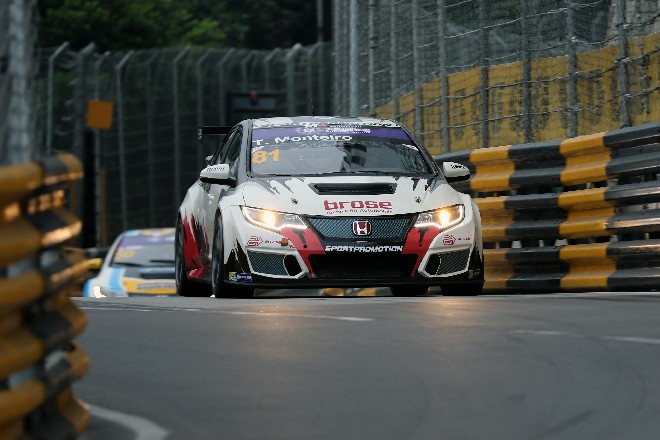 The Times has learned that the iconic Guia Race for touring cars, one of the headliners of the Macau Grand Prix, will go ahead this year as part of the TCR Asia series.
With a story almost as long as the Macau Grand Prix itself, the Guia Race is always one of the main events of the Grand Prix. An organizer told the Times yesterday that the race will be held this year amid an otherwise unorthodox format.
With the cancellation of two of the headline events from the Macau Grand Prix – the World Touring Car Cup (WTCR) races and the FIA GT World Cup – as reported by the Times on late May this year and confirmed a week later by the governing body of international automobile racing, the International Automobile Federation (FIA), the organizers are finding solutions to replace the original lineup with a racing series that can retain its status as the oldest and one of the most renowned motorsport event in Asia.
The TCR Asia series, a touring car series that follows the same vehicle specification and similar racing regulations as the WTCR, seems to be the chosen one, with rounds 9 and 10 of this year’s calendar to be held on the streets of Macau.
At the same time, WSC Asia, the promoter of the TCR Asia series, announced a whole new format for the championship this year, with the series being split into “Asia North” and “Asia South” calendars.
The two calendars share the last two rounds of the season, i.e. Macau and the Season Finale in Sepang, Malaysia.
Initially planned as a 10-round championship starting on April 10 in Sepang and closing on August 9 in Bira Circuit, Thailand, the series, as with most of the international sports championships, suffered many setbacks due to the global outbreak of Covid-19 and the consequent restrictions to travel.
According to the promoter, the solution to split the series into two “regional” sections comes in a bid to allow the series to finally get underway.
“Throughout the last few months, our focus has been to get back to racing as soon as possible and to try to deliver a safe and exciting Championship. Despite [the fact that] Asia has some of the lowest infection rates in the world, international travel is still some way off,” WSC Asia CEO David Sonenscher told Macau Daily Times.
“With this new approach, we can deliver an exciting and innovative calendar that brings TCR Asia to the region in 2020,” added Sonenscher. “We will continue to monitor the situation as it develops over the coming weeks and remain flexible, but I am happy that the 2020 TCR Asia Season will finally get underway.”
TCR Asia North starts the year with the first two events at the Zhuzhou International Circuit in China, held on two consecutive weekends in August.
Meanwhile, TCR Asia South will have to wait a few more months until the racing action begins at the Sepang Circuit in October. After that, the series moves to Thailand’s Buriram circuit at the start of November before merging with the TCR Asia North competition for the final two events in Macau and Malaysia.
Points will be scored separately for each calendar, creating a separate TCR Asia title that will be awarded according to the combined results of the Macau races and the Grand Final event in Malaysia.