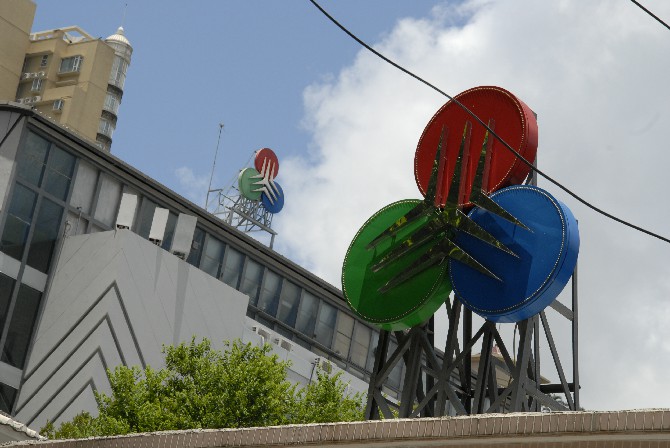 TDM has exerted an “unprecedentedly high” degree of censorship on its programs since this June, with the removal of certain content mentioning the June 4 vigil, a credible source who is familiar with the matter and who wishes to stay anonymous told the Times yesterday.
The source disclosed that the censorship by Macau’s largest broadcasting company has been “in force” and became remarkably visible, beginning in the period around June 4. This year marks the 32nd anniversary of the 1989 Tiananmen Square protests.
According to the source, content on the June 4 vigil was removed from at least two TDM programs, providing solid proof of the heightened suppression of press freedom exercised by TDM’s management.
One of the two censored programs was the weekly talk show, titled Contraponto, on May 28. The show was aired live with commentators discussing the Public Security Police’s (PSP) decision in late May to prohibit the Macau Union for Democratic Development (the long-term organizer for the June 4 vigil in Macau) from organizing the event this year. The ban later prompted the alliance to file an appeal against the PSP’s ban in the Court of Final Appeal (TUI).
“It [Contraponto] aired everything [during the first live episode].” However, TDM’s management decided to cut out some information related to June 4 in the reposted versions on TV and the internet, the source claimed.
Another affected program was the daily Portuguese news program, Telejornal, on June 4. The source said that one piece of news about the New Macau Association’s reaction to the TUI’s decision on June 3 to dismiss the appeal filed by the Macau Union of Democratic Development, which included some “Tiananmen images in 1989,” was also removed.
TDM released an explanatory memo yesterday on its website to clarify their justification for removing the content in these two shows, following “an information request” by another media agency.
Regarding the removed content on Contraponto which was broadcasted before TUI gave its final verdict, TDM explained that “[as] it is not convenient to make any comment or provide an opinion on cases where the judicial process is still ongoing, it was decided to remove the commentary on a possible ruling of the Court of Final Appeal from the program Contraponto.”
On the other hand, the content of Telejornal on June 4 “was removed from the final version, which is available online.” The reason for such a removal was that “this news item had not been previously seen by the editor, which is a normal procedure in any media platform, and the journalist didn’t follow the instructions which had been given [by] the main news editor.”
“Finally, the inclusion of this news item would not provide any additional information to the audience,” TDM emphasized.
Despite the explanations by TDM, the source told the Times that these reasons provided “did not make any sense at all and are just some excuses for their [TDM’s] increased censorship.”
These reasons did not add up as there were many TDM programs that “talked a lot about cases that are in courts [before].”
The source also disputed the TDM’s motives for taking out the particular content on Telejornal on June 4, saying that “the [TDM] editor almost never sees the piece in advance. It’s been like that forever.” Besides, the New Macau Association’s reaction to the TUI’s ruling is “important information” to the audience, the source argued.
It had been circulated across some local media outlets that in March this year, TDM’s management convened a meeting with Portuguese reporters to instruct them about the new reporting ethos and guidelines they should conform to. These guidelines included the promotion of patriotism, and the prohibition on disseminating information against the politics of the Central Government and measures enacted by Macau government.
During the meeting, the management allegedly said that they would like for TDM reporters who did not want to comply with the new reporting ethos and guidelines to voluntarily leave, while those who chose to stay but did not comply were at risk of being removed from their position, according to the source.
Following the meeting, at least 10 journalists from Radio Macau and TDM’s Portuguese TV channel left the public-funded broadcaster. All those who had resigned were paid full benefits in accordance with the labor law and TDM’s bylaws.
When asked about the impact of such increased censorship on society, the source stressed: “Every society needs ‘checks and balances.’ Journalism is not only about news, it’s also about scrutinizing the government and those in power. Well, if you don’t have free press, you don’t have a well-informed society. So, if we lose this, it’s bad for our society.”
Last year’s vigil was prohibited by the city’s police due to the pandemic. In 2021, the vigil was banned for the second time by the PSP, saying the event’s purpose and slogans would breach local criminal laws.
The Macau Union for Democratic Development has hosted the June 4 vigil every year between 1989 and 2019.
On June 3, the TUI rejected an appeal filed by the union and ruled that the organizers’ choice of political slogans used during vigils in previous years had violated the nation’s Constitution and the Macao Basic Law.
Following the court’s ruling, the Hong Kong and Macau Affairs Office of the State Council of the People’s Republic of China, the Office of the Commissioner of the Ministry of Foreign Affairs of the People’s Republic of China in the Macao Special Administrative Region, the Liaison Office of the Central People’s Government in the Macao Special Administrative Region and the Macau SAR government all issued their respective statement to show support. Staff reporter