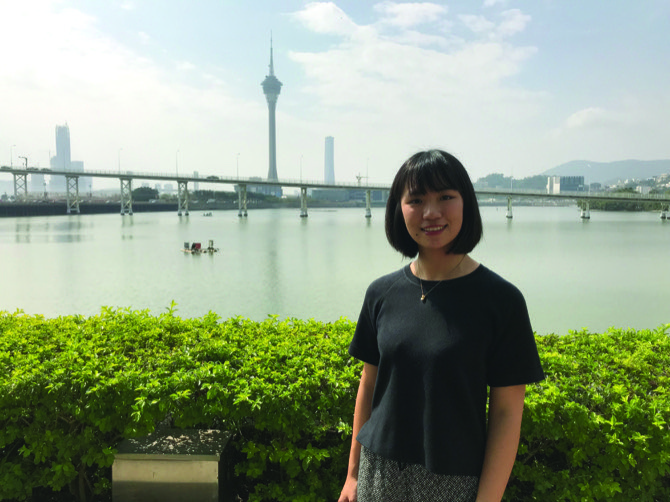 TEDx is returning to Macau next month with a brand new event adopting one of the enclave’s most recognizable landmarks as its name.

A local production developed independently from the TED media organization, TEDxSenadoSquare will feature a lineup of up to nine Hong Kong- and Macau-based speakers, who will share their inspirational stories and ideas under the theme of ‘ripple’.

“We spent a lot of time thinking about a theme for this year because we wanted it to be diverse,” event curator Venus Loi from the organizing team told the Times yesterday. “We know that the first TEDx[SenadoSquare] event will not be big enough to generate a huge push for a new idea. But we hope that it could make small ripples that could slightly influence peoples’ minds and their daily life.”

Speakers are everything at a TEDx event and though the speaker lineup for TEDxSenadoSquare has not yet been disclosed, Loi hinted that they would hail from a variety of different professions and include an architect, a photographer, a musician, and an environmental activist.

Speaking to the Times yesterday, Loi explained her passion for TED and a history of involvement with its affiliate organizations. Prior to her team’s current project in Macau, Loi worked on several TEDx events in the United Kingdom and participated in organizer coaching conferences on the European mainland.

It turns out her own passion began with a TED talk.

Hans Rosling’s “The best stats you’ve ever seen”, in which statistics about the developing world are presented in a striking and visual manner, left a lasting impression on Loi. Screened by her math class teacher back in high school, Loi recalled yesterday how it transformed a dry subject into an exciting one.

“That’s where it began,” said Loi. “That talk changed how I relate to numbers […] and even today I prefer data-related talks.”

“I looked more into TED talks from that day forward,” she added.

TEDxSenadoSquare will be held at the Dom Pedro Theater on Sunday, March 3. The talks will be in Mandarin and Cantonese with subtitles in Chinese and English. They will be filmed and uploaded to the official TEDx channel.

Early bird “blind” tickets went on sale last week and were sold out within four days, according to organizers. The next batch starts from February 8.