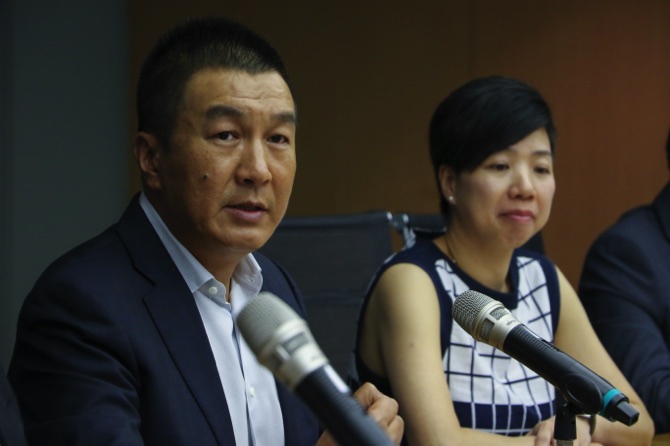 Companhia de Telecomunicações de Macau (CTM) plans to expand its 4G service this year. At a press conference yesterday, the company’s CEO, Vandy Poon, said that a main objective for 2017 is “to reach close to a full 4G customer base” and continue to switch internet users from ADSL to fiber network.

“This means that customers currently on 2G and 3G would move to a better speed and better service quality,” said Poon. “Our fundamental responsibility is to ensure network capacity and quality,” he stated, claiming that those factors are already “at a world class level.”

Prior to the press conference, the telecommunications operator organized a lunch with local journalists. During his speech at the lunch, Poon reviewed CTM’s performance in 2016. Last year, the company recorded a revenue of MOP4.5 billion and a profit after tax of around MOP1 billion. According to the CEO, the 6.4 percent shrink in profit “reflected the keen competition of the mobile market.” Poon said that market liberalization in the mobile market and other services means that “in every aspect” CTM “has competitors and it is all decided by the market.”

The tariff reduction implemented at the end of last year will bring a revenue impact of over MOP200 million, according to the company’s forecast.

Regarding the introduction of new services, CTM pledged to invest around MOP5 million and to continue increasing the available types of electronic payment channels, including the use of Alipay and, at a later stage, WeChat.

“We are aware of the difficulties of building an e-commerce platform that reaches out to the world while having a base in Macau may be far beyond what we would have imagined. Yet, we are determined to take this step as we are confident that we can collaborate closely with the industry to establish a business model with Macau characteristics,” Poon said.

The company is also interested in providing integrated Internet, TV and telephone services (the so-called triple play service) once the government regulates them. “The government has indicated in the recent past that they are working on stimulating the licensing of those services,” Poon noted.

This year, CTM entered into the second term of the concession contract (which lasts for another five years) and the company’s CEO is convinced that future renewals of the concession will be granted. “We have confidence that our work arrangements will reach the government’s target.”