A look at 10 young players who could stand out this season in Europe’s five major leagues: 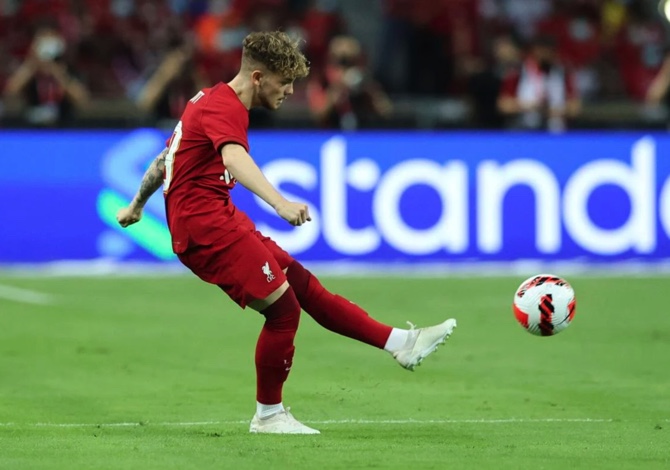 Harvey Elliot started in the Liverpool team last season until a serious ankle injury against Leeds in September sidelined him for several months.

The 19-year-old Elliot plays on the right side of a midfield three and could make a push for England’s World Cup squad if he gets enough games under manager Jürgen Klopp. That could well be the case with James Milner and Jordan Henderson advancing in years.

“Last season came with a lot of ups and downs, and a lot of challenges,” Elliot said. “But I think if anything it’s helped towards this season. It’s been there for me to go and show for myself and show to the fans, to the world, that I can get into the team.” 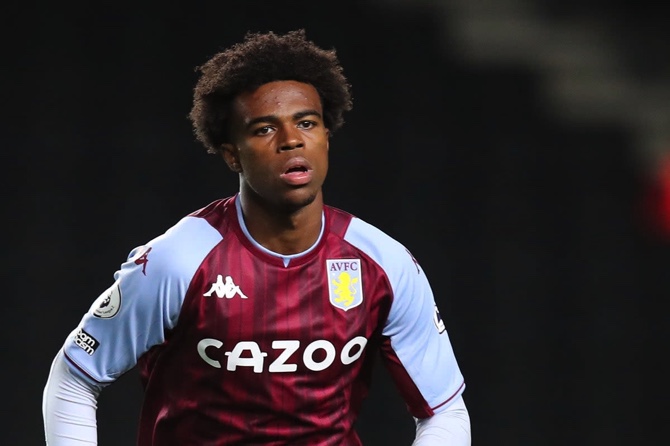 Eigthteen-year-old midfielder Carney Chukwuemeka emerged from Aston Villa’s strong youth team and made enough of an impression last season to earn a move to Chelsea.

The London club announced it has agreed a deal to sign Chukwuemeka after Villa manager Steven Gerrard, who knows about playing in the middle, brought him in for the final games of last season.

Chukwuemeka helped England win the Under-19 European Championship last month, with a goal in the final against Israel, and made it into the team of the tournament. Last year, Chukwuemeka played in Villa’s FA Youth Cup victory and finished the competition as the leading scorer with six goals. 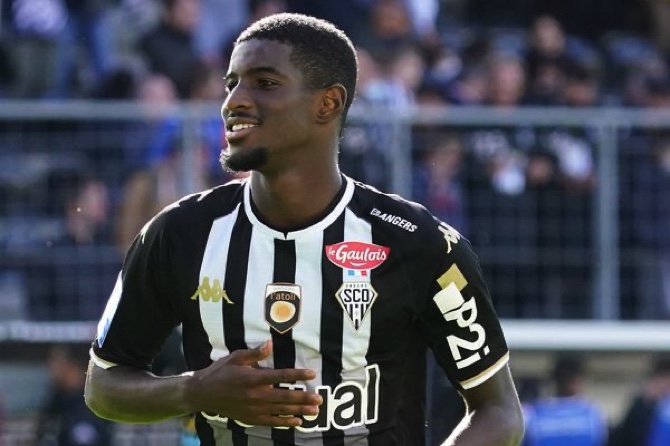 Like France star Kylian Mbappe, 18-year-old Mohamed-Ali Cho started out as a winger. Real Sociedad signed him from French club Angers on a five-year deal for about 12 million euros ($12.3 million).

Cho is strong with both feet and can play wide — cutting inside to shoot — or in a central role.

He was the youngest player in France to be given a professional contract and made his league debut at 16 years, 7 months — four months younger than Mbappe when he made his Monaco debut.

After a few years spent in PSG’s junior teams, Cho joined the youth ranks of Premier League club Everton for five years before once more returning to France to join Angers. He scored four league goals for Angers last season. 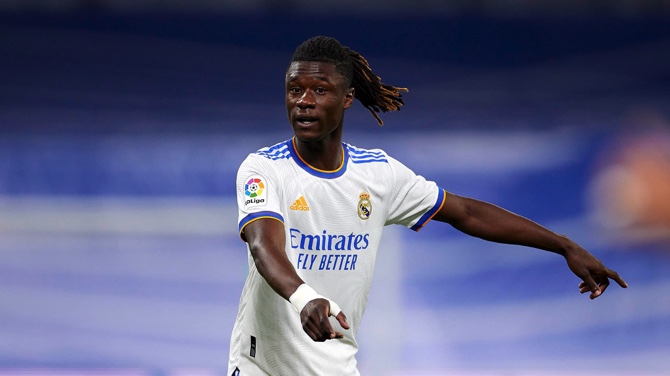 This is a big season for 19-year-old Eduardo Camavinga, who needs to impress at Real Madrid to stand a chance of getting back into the France squad for the World Cup.

Camavinga did well in spells last season as Madrid won the Spanish league and the Champions League. But he was mostly a substitute and found it hard to break the midfield stranglehold of Toni Kroos and Luka Modric.

Camavinga has quick feet, strong technique, reads the game well and is also a strong tackler. A superb athlete, Camavinga is equally adept at breaking quickly and turning from midfield into attack.

A good passer, Camavinga needs to add a few more goals to his game, having only scored eight in 141 games for Madrid and his previous club, Rennes. 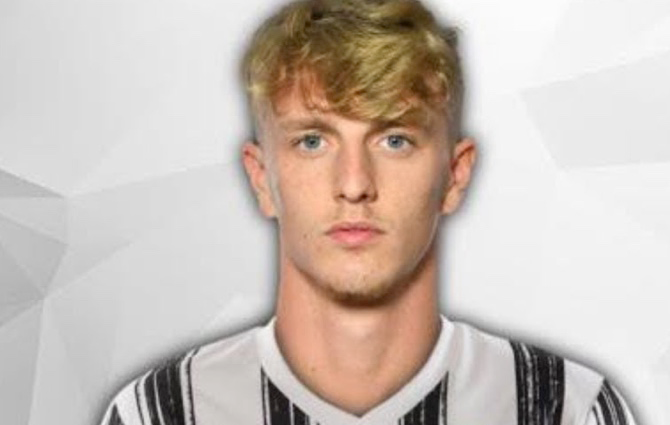 Nicolo Rovella spent last season on loan to Genoa but returns following the club’s relegation to the second division and with an opportunity to claim a place in coach Massimiliano Allegri’s midfield following Paul Pogba’s knee injury.

Juve have high hopes for the 20-year-old Rovella, who is an established member of Italy’s under-21 team and hopes to push for a first call-up to the senior squad.

The right-footer is a versatile player, too, who can operate as a holding midfielder or lend himself to the attack thanks to his first touch and passing. 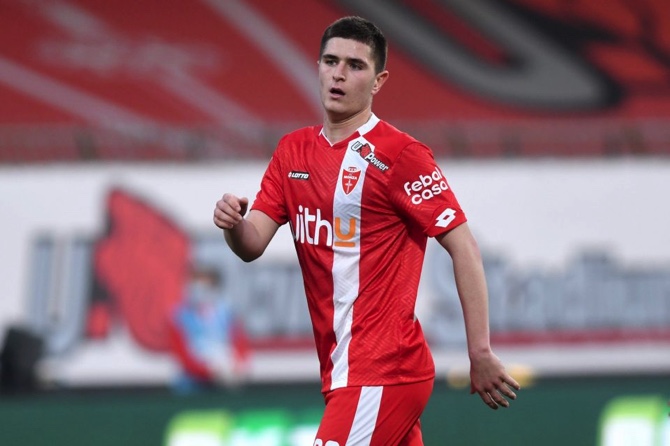 Lorenzo Pirola is a technically strong and versatile central defender with good passing ability. The 20-year-old Italian came through Inter Milan’s youth academy and has been loaned out to Salernitana this season.

The move could be timely because he will get the chance to make a name for himself in what could be another difficult season for the unheralded southern club, which only just avoided relegation last season.

Pirola’s tackling, aerial ability and positional sense should all serve Salernitana well against bigger clubs, although his one weakness is that he struggles against skillful players who attack him at speed. 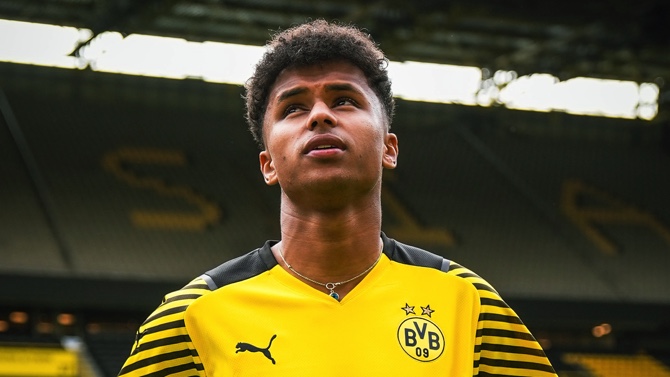 Borussia Dortmund has sold one young star and might just have found another one in 20-year-old Karim Adeyemi, who joined from Austrian club Salzburg on a five-year deal after Erling Haaland left for Premier League champion Manchester City.

Adeyemi distinguished himself with Salzburg last season, when he earned a remarkable four penalties in two Champions League games. His combination of trickery, quick feet, great balance, reading of the game and direct running make him a handful. 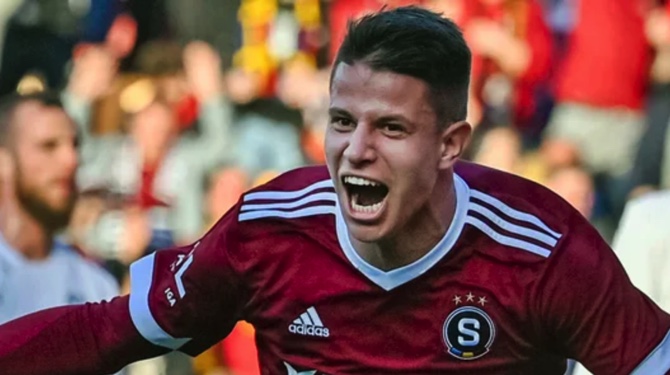 Bayer Leverkusen’s return to the Champions League will have a Czech feel up front as Adam Hlozek teams up with striker Patrik Schick — whose 24 league goals helped Leverkusen finish third last season. The 19-year-old Hlozek joins from Sparta Prague, where he scored 40 goals in 132 games after making his debut at 16.

He follows in the footsteps of Schick, who also broke through with Sparta. Hlozek is an imposing forward who can also play on the wing and could prove a good provider for his international teammate. 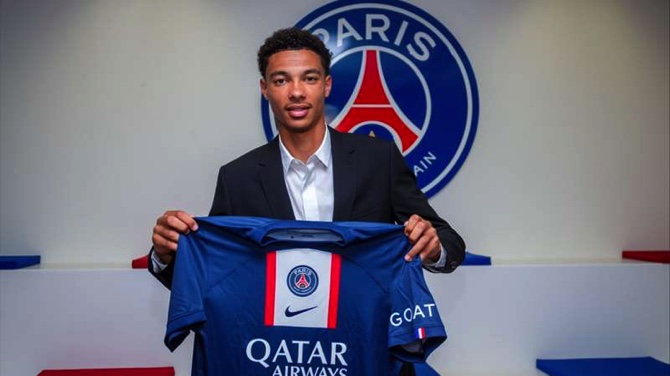 Paris Saint-Germain beat another cash-rich club in Premier League team Newcastle to sign 20-year-old forward Hugo Ekitike. He joined from Reims on a season-long loan with an option to buy for 35 million euros ($36 million).

Although Ekitike scored a modest 10 league goals last season, he was one of the most efficient finishers, scoring with 32.3% of his shots. His ratio of one goal for every 3.1 shots was better than new teammates Neymar and Kylian Mbappe, and second only to Monaco forward Wissam Ben Yedder’s ratio of 2.88. 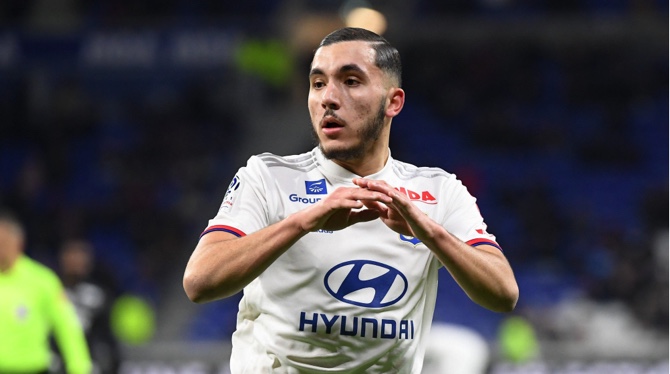 Two years ago, Cherki produced a remarkable performance in a French Cup game when he was only 16, scoring two goals and providing two assists.

Opportunities have been somewhat limited since then but this could be a breakthrough season for the attacking midfielder under coach Peter Bosz.

Like so many of Lyon’s technically gifted academy players, Cherki has it all: quick feet, close control, astute passing, great skill and an eye for goal. JEROME PUGMIRE, MDT/AP Sports Writer