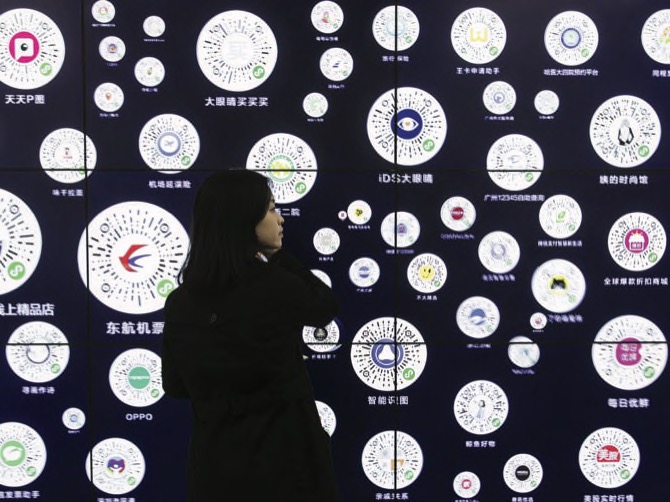 Tencent Holdings Ltd. posted a quarterly profit that missed analysts’ estimates after it spent heavily on cloud and mobile payments businesses to offset a gaming slowdown.

China’s social media leader is enduring one of its darkest periods, as a months-long freeze on game approvals derailed its core business over much of 2018. The social media titan is also grappling with an economic slowdown that’s depressing advertising. It’s turned to spending to sustain growth, investing in everything from cloud computing and entertainment to retail, locking horns with Alibaba Group Holding Ltd.

“As it turns out the market was probably worried about the wrong thing,” Bloomberg Intelligence analyst Vey-Sern Ling said in an email. “The unexpected bit is how much cost of revenues and operating expenses have expanded. This is driven by video, payments, cloud, film and TV production.”

Tencent is said to be clearing out about 10 percent of managers to make room for younger executives as it confronts a slowdown in growth. Revenue was 84.9 billion yuan compared with estimates for 83.4 billion yuan. But costs surged 43 percent from a year earlier, as content and financial technology bills pile up.

“Looking ahead, we will invest in core infrastructure and frontier technologies to embrace the trend of the industrial internet, while continuing to drive the evolution of the consumer internet,” the company said in an exchange filing. “For digital content, we will continue to invest and grow our subscription business.”

Adjusted earnings-per-share were 2.07 yuan, better than the 1.83-yuan projected. Revenue from the Value Added Services unit, which includes online games and messaging, climbed 9 percent to 43.7 billion yuan. WeChat’s monthly active users rose to 1.1 billion, while the mobile version of QQ had 699.8 million users at the end of the quarter.

Tencent introduced a dozen games in the fourth quarter, according to HSBC. But the regulatory hurdles mean that, in China at least, it wasn’t able to make money off of two of its most popular titles: PlayerUnknown’s Battlegrounds and Fortnite. And its tentpole hack-and-slash game Honour of Kings lost steam: daily active users dropped to 68 million in December from 71 million in September, according to Questmobile.

“Mobile game revenues at 19 billion yuan was actually decent because last quarter was 19.5 and typically the fourth quarter is seasonally slow,” Ling said. “Given they have new games in the first quarter I think the 19 billion number bodes well for a mobile game recovery into 2019.”Lulu Yilun Chen, Bloomberg