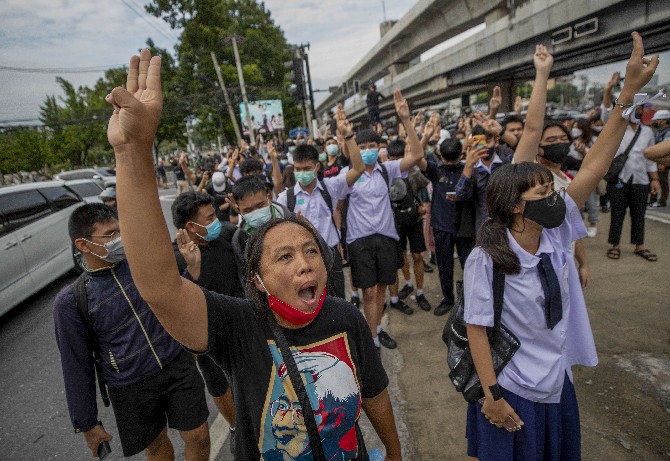 Thai authorities worked yesterday to stem a growing tide of protests calling for the prime minister to resign by threatening to censor news coverage, raiding a publishing house and attempting to block the Telegram messaging app used by demonstrators.
The efforts by Prime Minister Prayuth Chan-ocha’s government to drain the student-led protests of support and the ability to organize comes as they have grown in the capital and spread around the country, despite an emergency decree, which bans public gatherings of more than four people in Bangkok, outlaws news said to affect national security and gives authorities broad power to detain people.
The mostly young protesters have gathered en masse across Bangkok the past six days to push their demands, which also include a controversial call for reform of the monarchy.
The protesters charge that Prayuth, an army commander who led a 2014 coup, was returned to power unfairly in last year’s general election because laws had been changed to favor a pro-military party. The protesters say a constitution written and passed under military rule is undemocratic.