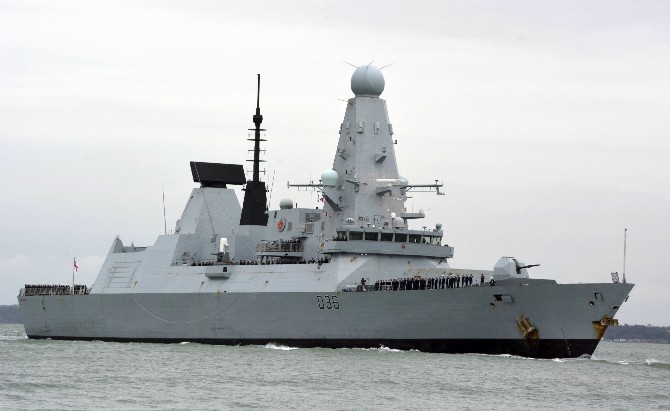 Russia will be ready to fire to hit intruding warships, a senior diplomat warned yesterday in the wake of a Black Sea incident in which a British destroyer sailed near Crimea in an area that Russia claims as its territorial waters.
Russia said one of its warships fired warning shots and a warplane dropped bombs in the path of British destroyer Defender on Wednesday to drive it away from the area near Sevastopol, but Britain denied that account and insisted its ship wasn’t fired upon.
The incident marked the first time since the Cold War that Moscow acknowledged using live ammunition to deter a NATO warship, underlining the rising threat of military collisions amid Russia-West tensions.
Russia’s Deputy Foreign Minister Sergei Ryabkov said that “the inviolability of the Russian borders is an absolute imperative,” adding that it will be protected “by all means, diplomatic, political and military if needed.”
He gibed that the British navy should rename its destroyer from Defender to Aggressor and warned that “those who try to test our strength are taking high risks.”