The Emblem of Korea

Covering some 220,000sqkm and shared uncomfortably by warring twins, the Korean Peninsula sits latitudinally on a par with the much less militarised Iberian Peninsula, but it is no viticultural wonderland. Opposite to the archetypal Mediterranean climate of dry summer and wet winter, the Korean Peninsula and indeed across much of the Far East tend to have wet summer and dry winter.

One theory goes that, due to the Mediterranean climate, fruits and grains stockpiled for winter naturally fermented into wine and (small) beer; subsequent to millennia of natural selection, (surviving) Europeans naturally developed enzymes to process ethanol inside their bodies. Lacking this evolutionary process, Asians – East Asians in particular – tend to suffer “Asian Flush” while imbibing.

Despite the rise of beer and whisky, soju – literally “burnt wine” – remains indubitably the most important and popular alcoholic beverage in South Korea. In terms of cultural significance, soju is to South Korea what sake is to Japan. Prior to the invention and propagation of distillation, Korean cereal wine used to be brewed to approximately 6% ABV, similar to its Chinese and Japanese counterparts. Distillation was introduced to the Korean Peninsula in the late 13th century by the marauding Mongols, the last glory of the nomadic peoples prior to the popularisation of gunpowder.

In a nutshell, soju is a clear, colourless and generally unaged Korean(-style) spirit distilled from starch, which can come from a wide range of grains or tubers, with or without added sugar and flavouring, whether natural or artificial. Traditional soju is usually distilled from fermented grains and easily reaches 40% ABV. In view of rice shortage post-Korean War (1950-1953), the South Korean government severely restricted the use of rice in the production of alcoholic beverages, and the sanction was not lifted until the 1990s. The government also began gradually lowering the minimum ABV requirements to as low as 17%, which begs the question – if a spirited is diluted to merely 17%, can it still be considered a spirit?

That soju is the biggest selling spirit in the world today has much to do with mass production. Indeed, during the difficult post-Korean War years, manufacturers began mixing ethanol flavourings and sweeteners to produce soju, which has always been an inexpensive quaffer whose alcoholic strength is similar to sake. Unlike brandy or whiskey, however, soju is generally not meant to be savoured, but quaffed.

This is no intricate kaiseki dinner with delicate daiginjo or koshu, but soju is down-to-earth and unfussy, pairing well with a wide range of casual dishes, especially spicy ons. Rather than regarding it as the unrefined opposite number of sake or heavily diluted spirits, soju should perhaps be seen as strong beer, one which can also be made into cocktails. 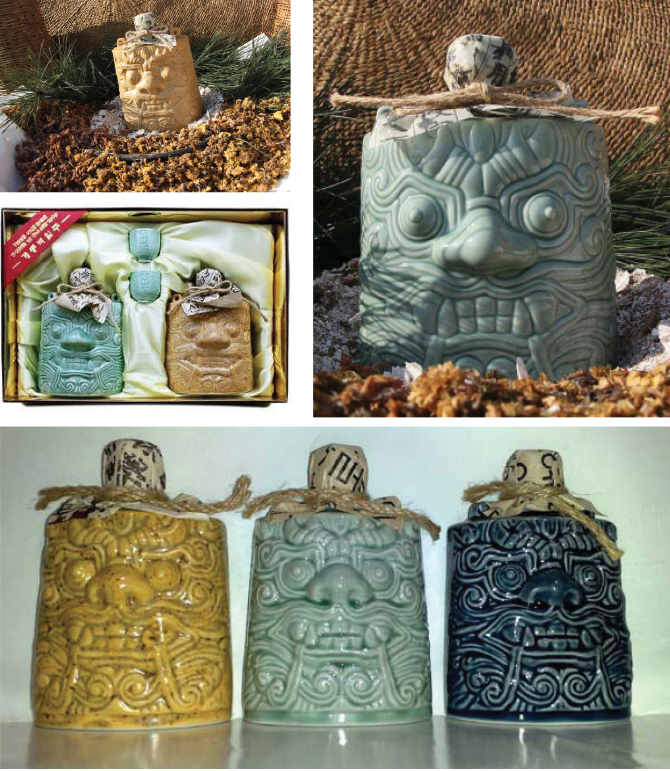 A good old traditional and powerful soju. Translucent clear with milky hues, the nose is boreal and pristine, revealing rice sponge, Sichuan pepper, pine needles and ginger blossom. With a piquant mouthfeel, the palate is feisty and robust, unveiling green almond, puffed rice cakes, rock salt and bamboo charcoal. Medium-full bodied at 40%, the faintly sweet entry continues through a fiery mid-palate with hints of umami, leading to a warm finish. Serving at room temperature is ideal for savouring, but can be enjoyed frozen or chilled. Seems to pair particularly well with spicy hot food, e.g. Korean barbecue and Sichuan hotpot.

Special thanks to Jacqueline P. L. Chan for supplying the sample.