The EVENT | A bridge too far 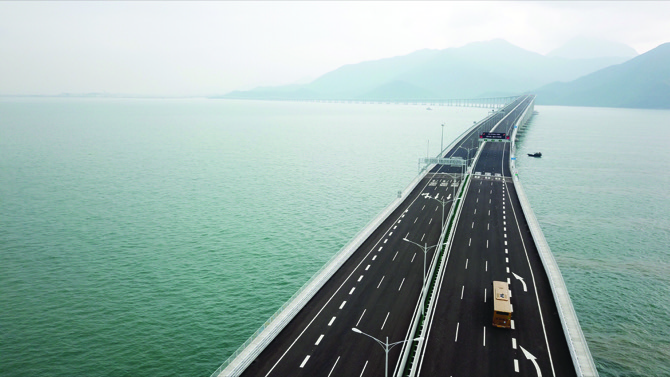 After almost a decade of construction, the world’s longest sea-crossing bridge linking Hong Kong to Macau and Zhuhai, opened in October. The feat of engineering carries an immense economic and political significance, as was attested by the discrete presence of Chinese president Xi Jinping at the opening, in a ceremony held in Zhuhai to which non-Chinese journalists based in Macau were not invited.

During its construction, the USD20 billion bridge incurred major delays and cost overruns. The bridge dips into an undersea tunnel for a portion of the crossing, allowing ships to pass above and up the Pearl River delta into the heart of China’s crucial manufacturing sector.

One of the main advantages of the bridge is that it can cut travel time across the delta from several hours to around 45 minutes. However, the circulation of private (non-commercial) vehicles is highly restricted, with vehicle quotas allocated per city (Macau holds 600 quotas for private vehicles).

In the months following the opening of the bridge it became clear that several practical consequences resulting from its operation had not been considered. The Hong Kong port became flooded with low cost tours from the mainland.

Residents in formerly quiet areas of Hong Kong (in Lantau island) became outraged and protested. Later in the year, one-day tours were stopped. The bridge is not being used to reach the Hong Kong airport, since there is no direct connection to the bridge. Neither is the bridge being used for cargo transport.

One week before the opening of the bridge, the head of Beijing’s liaison office in Macau died after a fall from his home in Macau. The 59-year-old Zheng Xiaosong was said to have been “suffering from depression,” according to a statement from the Beijing-based Hong Kong and Macao Affairs Office.