Scotland’s Highland-Lowland divide manifests itself in numerous ways. To begin with, the Highland and Lowland are cultural and historic regions, not administrative or official divisions. Not all of the Lowland is low, certainly not as low as the Netherlands; similarly, not all of the Highland is high, certainly not as high as Switzerland. Dividing Scotland into two halves is the traditionally accepted line between Stonehaven in the northeast and Helensburgh in the southwest. North and west of the line is the Highland, south and east of it the Lowland.

Scottish Gaelic further reveals the cultural and historic differences between the two regions. The Highland is called A’ Ghàidhealtachd, literally “the place of the Gaels”, proudly referring to the only existent ethnolinguistic group of the Celts, an Iron Age people who occupied much of Europe. The Lowland is called A’ Ghalldachd, literally “the place of the foreigner”, presumably referring to the Anglo-Saxons, who settled in large parts of Great Britain in the post-Roman era. To this day, the Highland retains its Celtic influence in the form of Scottish Gaelic, and the Lowland its Germanic influence in the form of Scots.

In the world of scotch, the Highland-Lowland divide is all the more clear-cut. Separated by the imaginary line between the estuaries of River Clyde near Greenock and River Tay near Dundee, the two regions could hardly be more different. The Highland – with or without Island and Speyside – is kaleidoscopically characterful, boasting an extensive range of distilleries and styles. The Lowland, meanwhile, has but a few single malt distilleries, but it nonetheless remains the most productive whisky-producing region in Scotland, thanks to its grain whisky distilleries.

Lowland single malts are well-known for being triple distilled (in fact, not all of them are) as well as their delicate and floral character, with little peat or maritime influence. Peat is much less common in the Lowlands, whose distilleries tend to be situated inland, sheltered from the elements. So gentle are the Lowland single malts that they are called the Lowland Ladies or breakfast whisky. The Lowland may be the only region in Scotland where grain whisky distilleries outnumber single malt distilleries, but it is home to most blended whisky houses and independent bottlers, as this is the most urbanised part of Scotland.

Founded in 1823 and 1837 respectively, Auchentoshan and Glenkinchie are the drams of their native cities, namely Glasgow and Edinburgh, both of which have strong claims to be Britain’s “second city”, alongside Birmingham, Liverpool and Manchester. In the darkest hours of single malts during the 1980s and 1990s, when Lowland had but two single malt distilleries still operating, it was Auchentoshan and Glenkinchie that continued the tradition. 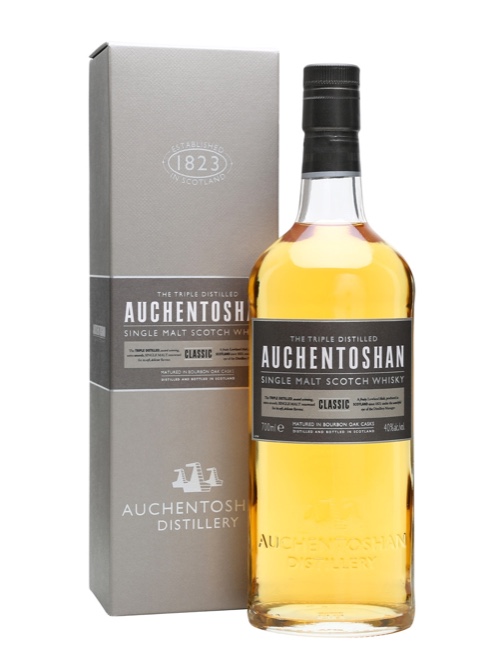 Situated 15km northwest of Glasgow, the Auchentoshan Distillery is dubbed “Glasgow’s Malt”. Its name derived from Scottish Gaelic Achadh an Oisein, literally “corner of the field”. The distillery was severely damaged during WWII, as shipbuilding facilities around Glasgow were repeatedly targeted by the Luftwaffe. Triple distilled and finished in a variety of casks, this makes for an excellent afternoon tipple. Luminous golden with shimmering sunglow reflex, the dainty nose presents coconut shreds, apple pie and vanilla. With a creamy mouthfeel, the pretty palate supplies white peach, crème anglaise and mint. Medium-bodied at 40%, the fruity entry continues through a playful mid-palate, leading to a spicy finish. 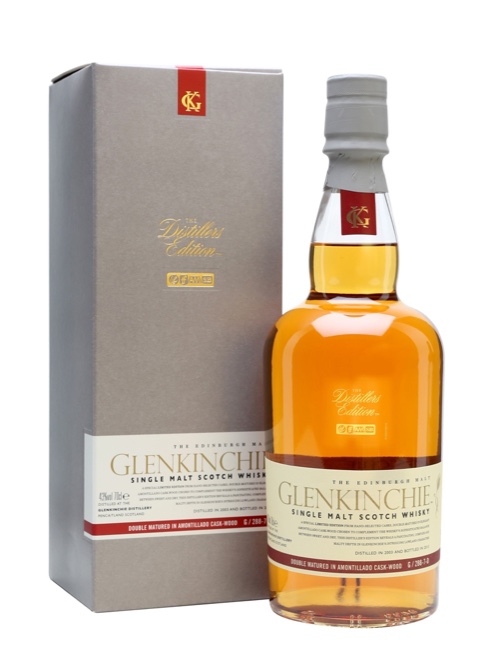 Situated 20km southeast of Edinburgh, the Glenkinchie Distillery is dubbed “Edinburgh’s Malt”. Its name is a corruption of “De Quincy”, who owned the plot of land there. Not sure if the French-sounding surname was due to Norman Conquests or the Auld Alliance between Scotland and France. Delicate and reserved, this is the perfect whisky to drink while reading. Rich golden with bright amber reflex, the bucolic nose reveals cut grass, rolled oats and hay bale. With a clean mouthfeel, the pastoral palate unveils garden herbs, buttered toast and fragrant oak. Medium-bodied at 43%, the fresh entry persists through a malty mid-palate, leading to a clear finish.