True to the American spirit, the development of bourbon was the result of private enterprise rather than imperial decrees or government directives. In the late 18th century, Baptist preacher Rev. Elijah Craig began experimenting with the use of charred barrels in maturing whiskey – a revolutionary practice back then, a sine qua non requirement now. Decades later, in the early 19th century, Scottish immigrant Dr. James Crow pioneered the sour mash process. For their contribution and legacy, their names are still celebrated on the labels of numerous whiskeys.

It was not until 1964, during the presidency of Lyndon Johnson, that the Congress finally gave bourbon a legal definition. Senate Concurrent Resolution 19 on 4th May 1964 stipulated that a “straight bourbon” must be:

made with no less than 51% of corn in its mash bill;

distilled to no more than 80% ABV;

Aged at no more than 62.5% ABV in flame-charred new white oak barrels; and

Notwithstanding the 51% rule, most bourbons have a significantly higher percentage of corn in their mash bill, often around 70%. Thanks to the considerable leeway afforded by the mash bill, bourbon is by design more varied than scotch single malt when in the ingredient compartment. As a rule of thumb, corn provides a solid foundation of smoothness and sweetness, rye adds peppery and spicy notes, wheat brings elegance and nuttiness, while barley offers class and substance.

Similar to its scotch counterparts, the youngest component rule applies, i.e. the number of the years stated refers to the age of the youngest component in the product, whereas a straight bourbon is required to have undergone at least two years of barrel maturation. This apart, the new-make spirit – a.k.a. “white dog” – be not exceed 160° proof (i.e. 80% ABV), and the spirit that undergoes barrel fermentation must not exceed 125° proof (i.e. 62.5% ABV).

The most idiosyncratic feature, indeed requirement, of bourbon has to be the use of charred new white oak barrels. Native to the New World, white oak (quercus alba) inherently contains more vanillin and less tannin than common oak (quercus robur), which is predominant in the Old World. subsequent to charring and toasting on the inside, caramelisation further releases sweetness and vanillin, resulting in bourbon’s archetypal caramel and vanilla flavours.

This straight bourbon from Loretto, Kentucky was distilled to reportedly the lowest proof of any whiskey distillery in the country, thereby retaining much primal flavours of the grains. Bright amber with shimmering copper reflex, the vivacious nose effuses dried orange peel, roasted almond, caramel macchiato and manuka honey. With a feisty mouthfeel, the candid palate emanates palm dates, rye bread, walnut oil and butterscotch. Medium-full bodied at 45%, the spirited entry continues through a spicy mid-palate, leading to a potent finish. 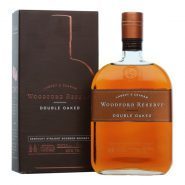