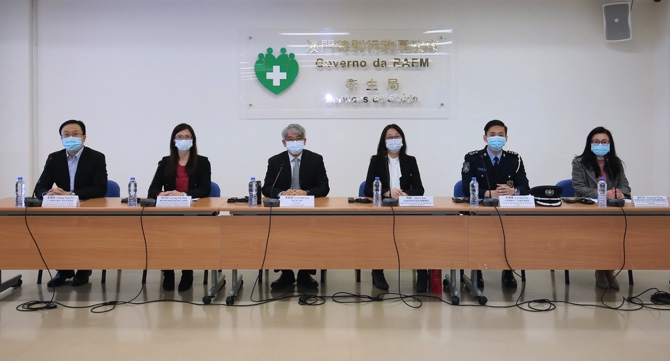 The patient, a 56-year-old woman from Wuhan was considered to meet the conditions to be discharged and left the CHCSJ yesterday around 4 p.m., Lei said.

The woman, who had arrived in Macau on January 23 and initially tested negative for the virus, was one of the cases retested after 48 hours and found to be infected.

“After 17 days of treatment in which we used steroids and also assisted breathing equipment she showed improvements in her situation,” Lei explained, adding, “According to the radiological scan that we made her lungs do not show any symptoms […] and so she was discharged from the hospital.”

According to the clinical director of CHCSJ, the patient has already settled her treatment bill, which totaled MOP52,000.

At the moment seven patients remain under the care of the public hospital. Health authorities say that all of them are in a good condition and should be discharged soon.

Although it has been nine days since the last new case of the virus was reported in Macau, the screening of people considered potential risks will continue.

According to Lei, in the 24 hours leading to yesterday’s press conference, the Health Bureau (SSM) had tested 387 samples collected from people deemed to have the highest risk of being infected, such as shuttle bus drivers.

“We have tested over 400 drivers [of shuttle buses]. We already have the results of over 200 of these cases and all came out negative. We will continue with this plan although we have not found anyone with symptoms,” said Lei.

The SSM is also testing patients that are hospitalized for clinical reasons other than the coronavirus to ensure that there are no concealed cases and that patients in normal hospital wards will not infect other people.