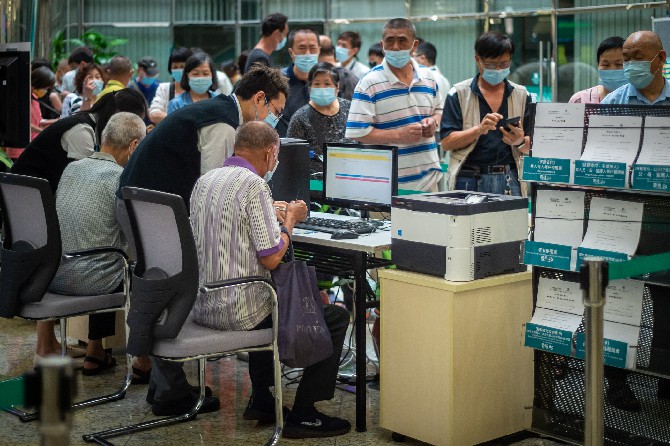 A total of 83,000 Macau residents registered for the third round of government stimulus through electronic consumption on the first day. From those, approximately 43,000 residents preferred to register to receive the government’s benefits via the electronic consumption card, which was launched last year when the first round of the economic stimulus started, the Economic and Technological Development Bureau (DSEDT) and the Monetary Authority of Macao (AMCM) informed in a joint statement.
According to the bureaus, the registration went smoothly without any issues. On the first day, 40,000 people who registered noted that their preference to receive the funds via one of the eight mobile payment applications available.
To continue informing and clarifying the population regarding any doubts, the DSEDT and AMCM will continue to organize public sessions in the community neighborhoods. So far, six sessions have been held with over 400 people attending.
The same entities also noted that over this week, representatives from the bureaus will participate in radio programs aiming to address citizens’ doubts promptly.
The DSEDT also noted that it has created a website with all the details of the plan available, as well as answers to residents’ queries at www.dsedt.gov.mo/2021consumo.
In a different statement, the Identification Services Bureau (DSI) noted that, in order to facilitate the registration of newborns in the third round of the stimulus, parents can request the registration at the same time they process the formalities related to the baby’s Macau Identification Card (BIR), being able to collect both cards at the same time at DSI.
To ensure that the process is done successfully, the DSI notes that the BIR application needs to be submitted before December 7 so that it can be issued by December 13.
The registration period for the third round of the stimulus started on May 7 and will take place until December 10 this year. Cards can be collected from May 24 to December 13.