This day in history | 1951 Communist forces to re-take Seoul 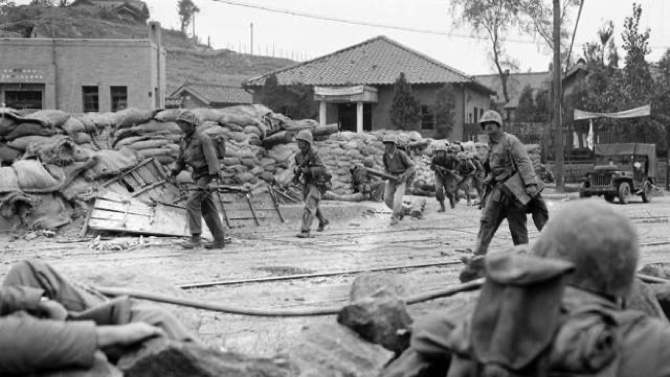 Chinese and North Korean troops are reported to be close to capturing the South Korean capital of Seoul for the second time since the war began last year.

The authorities have ordered the evacuation of Seoul and thousands of people have started streaming south out of the city and across the Han river.

Over the past few weeks, many families have taken refuge in Seoul from the advancing enemy. Now they are being forced to move on again, mostly by foot, although some have been lucky enough to get a lift on a military vehicle.

The BBC’s cameraman Cyril Page was in Seoul as the communist forces were reported to be less than 50 miles from the city.

His pictures show the only sign of normal life in the city was the trams, which were still running.

To the south, the steady stream of refugees made its way through freezing temperatures to the River Han flats. It was so cold the river had frozen over and people were able to walk across to the relative safety of the other side.

They have left behind them a city devastated and burning.

The United States Eighth Army is also pulling out, but reports of its movements have been banned by army censors.

Speaking at a Pentagon briefing, the US Secretary of Defense, General Marshall, said the advance of the enemy troops had been anticipated.

The odds against the United Nations forces were heavy – “almost incredible in some respects,” he said. The Communists forces outnumber UN troops by three or four to one and they are capable of covering difficult terrain on foot carrying heavy loads.

Lieutenant-General Matthew Ridgway, commander of the Eighth Army, has been reported in press dispatches as saying the flight of the Korean refugees is “perhaps the greatest tragedy to which Asia has been subjected in the course of its long history.”

In September, a United Nations force led by US marines re-captured the city.

After a series of offensives, UN forces succeeded in winning back control of Seoul in March 1951.

It was followed by a UN call for a ceasefire, the first since the war began.

Talks finally began in July 1951 but the negotiations at Kaesong broke down.

In July 1953 talks reopened. The Korean War ended with the signing of the armistice on 27 July 1953. Two million people had died during the war.

North and South Korea were separated by a demarcation line which was extended by a 2km (1.5 miles) demilitarised zone on either side.

A peace deal has never been signed.