This Day in History | 1954: New authority for atomic energy 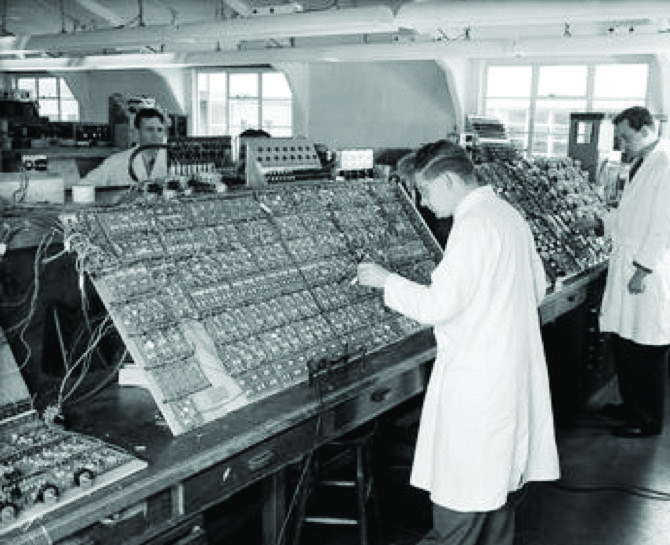 A new body has been established to control the production and development of atomic energy in the UK.

The Atomic Energy Authority Bill was introduced in the House of Commons by Minister of Work Sir David Eccles yesterday and has been published today to update legislation passed in 1946, when the first facilities were established.

He will be joined on the Authority by between six and 10 members, who have so far been identified as:

The Atomic Energy Authority (AEA) will be responsible for producing and disposing of atomic energy and radioactive waste and with government approval it may allocate grants and loans for developing research and production.

The government will retain close links and strict control over atomic weapons.

The re-organisation is in line with the findings of the committee set up by the government last April under the chairmanship of Lord Waverley.

The Waverley Report – which is not publicly available for security reasons – formed the basis of a White Paper presented to parliament last November.

It described the growing importance of atomic energy and the variety of commercial applications for it which suggested it would be better run as a large industrial facility than by a government department.

Changes began at the beginning of the year when responsibility for atomic energy was moved from the Minister of Supply to the Lord President of the Council, Lord Salisbury, a non-departmental post.

His role is to decide government policy for the industry and to distribute large sums of money voted for it by parliament.

The United Kingdom Atomic Energy Authority (UKAEA) has continued to pioneer the development of nuclear energy.

It is responsible for six sites at Dounreay in Caithness, Risley in Cheshire, Sellafield in Cumbria, Winfrith in Dorset and Culham and Harwell in Oxfordshire,.

Much of its current work is concerned with safely decommissioning old nuclear sites for conventional or other use.

It remains a non-departmental public body, under the direction of the Department of Trade and Industry.

The UKAEA provides the UK’s input into the European fusion research project and expert advice on nuclear installations round the world.