This day in history | 1963 American Express comes to Britain 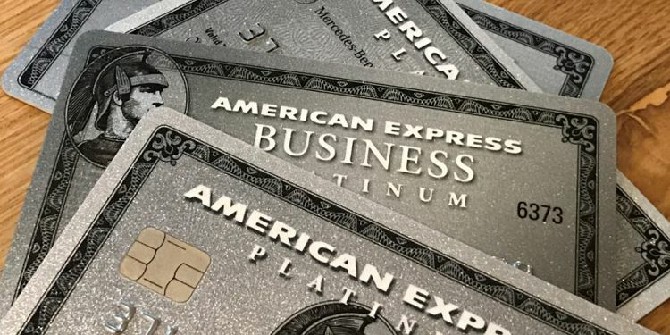 American Express, one of the world’s largest banking houses, has opened a credit card service in Britain.
Holders of the cards will be able to use them at nearly 3,000 hotels, restaurants, shops and hire-car agencies in this country and at more than 83,000 establishments abroad. The cards can also be used to obtain travel tickets.
This move by American Express is bound to give a powerful boost to the idea of credit cards in Britain, which have not, so far, spread very far.
Until now, American Express card holders have been able to use their cards in this country, but only if they could settle their accounts in dollars.
There will be an annual fee of £3 12s, but supplementary cards can be obtained at half price for immediate family members. Companies can also apply for cards and issue them to members of staff.
Customers use the card to pay for goods on credit. American Express then issues a monthly bill which covers all outstanding charges on the account.
The Bank of England has given permission for the scheme to go ahead – on condition users do not spend more than £75 on any one item purchased abroad.
American Express Vice President Maxwell Elliot said the people most likely to take up the new card would be managers and sales executives earning £2,000 a year or more.
He rejected suggestions the new scheme would be open to fraud and also said he expected little competition. Diners Club is the only other company operating a similar credit scheme.
Mr Elliot said: “There is only one (competitor) known to me and that covers about 2,000 hotels in this country alone. More than 83,000 establishments around the world now honour the American Express card.”
Credit cards have been available in Britain since 1951 when Donald McCullough launched Finders Services after a trip to the United States. It merged with another company, Credit Card Services, to become Diners’ Club last year.

Diners Club was the first universal credit card, introduced in the United States in 1950. It became the first major credit card company in Britain in 1962 formed from the merger of Finders Services and Credit Card Facilities.
American Express was the next big company to launch into the credit business in 1958.
A report in the Financial Times in 1965 said the average Diners Club card holder was 41, male and married with a family, earning well over £3,000 a year as a senior commercial or business executive.
Switch and Visa debit cards were introduced in the 1980s. Customers use the cards for payment of goods and the money is directly debited from their account. The cards can also be used to withdraw money from cashpoint machines and they act as cheque guarantee cards.
The Credit Card Research Group carried out a survey in 2001 and found there were 62 million credit cards in circulation in the UK, with many people owning more than one.