This day in history | 1963 Johnson takes over as US president 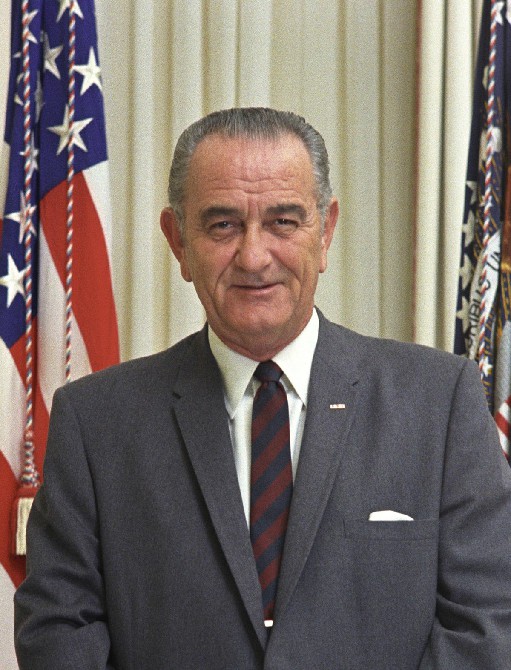 Fifty-five year old Lyndon Baines Johnson begins his new job today as US president.
He was sworn in yesterday just two hours after an assassin shot President John F Kennedy in the head.
The former vice-president took his oath on the presidential plane at Andrew’s Air Force Base.
The new first lady, Claudia Alta Taylor Johnson, witnessed the swearing-in together with the dead president’s widow Jacqui Kennedy – her stocking still stained with her husband’s blood.
The party flew to Washington with the assassinated president’s coffin after the ceremony.
On arriving in Washington the president said, “I will do my best. That is all I can do.”
President Johnson will address a joint session of Congress in three day’s time where it is likely he will outline his future programme.
Commentators say there probably will be little immediate change in policy with a presidential election on the horizon.
The new president has come from humble beginnings to become one of the world’s most powerful men.
The eldest of five children, he was born on a Texan farm in 1908 into a poor background.
Mr Johnson worked as a teacher before entering politics as a Texan congressman’s secretary in 1931.
President Roosevelt soon spotted his talents and made him the director of the National Youth Administration in Texas in 1935.
After serving six successive terms in the House of Representatives, he entered the senate in 1948 and rapidly rose through the ranks gaining powerful posts.
He made his mark by single-handedly steering the Civil Rights Act through the senate in 1957 despite opposition from within his own party.
In 1960 Mr Johnson ran in the Democratic presidential elections which he lost to Kennedy who then invited him to be his running mate.
He is regarded by some commentators as a master of compromise with an able political brain.
Mr Johnson is married with two daughters, 19 year old Lynda and Lucy aged 16.

President Lyndon Johnson was re-elected by a massive majority in 1964.
He gained widespread popularity for his programme of social reform introducing improvements in civil rights legislation, housing and medical care for the elderly.
The president began to lose support as a result of the continued involvement of US troops in Vietnam.
In 1968 he gave in to demands to stop the bombing of North Vietnam.
He then announced he would not stand for re-election and retired to his Texan ranch in 1969.
He published his memoirs, “The Vantage Point” in 1971.
He died in 1973.