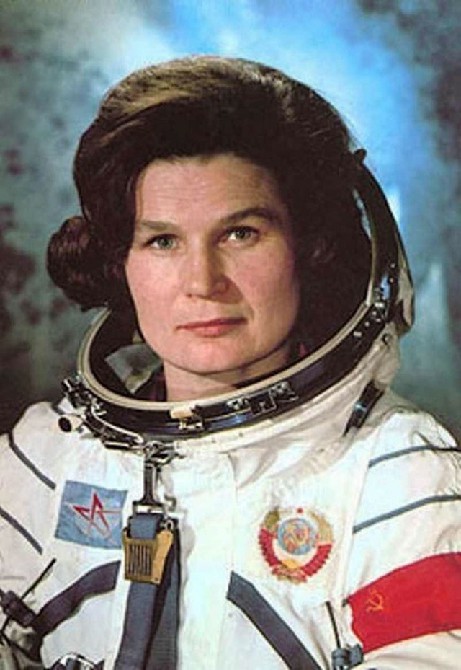 A former textile worker from the Soviet Union has become the first woman in space.
Lieutenant Valentina Tereshkova, 26, was the fifth Russian cosmonaut to go into the Earth’s orbit when her spaceship Vostok VI was launched at 1230 Moscow time.
Moscow Television broadcast the first pictures of the elated blonde – code-named Seagull – ninety minutes later.
One of the main purposes of her mission is to attempt the first docking manoeuvre with another spaceship.
Colonel Valery Bykovsky was completing his 32nd orbit in the Vostok V – launched two days ago – when Lt Tereshkova hurtled into space from the secret Russian launch pad in Baikonur, central Asia.
At one time the two spacecrafts – which were in radio contact with each other as well as the ground – were only three miles apart, but they are reported to be drifting further apart.
Khrushchev’s acclaim
Russian Prime Minister Nikita Khrushchev had a radio conversation with the female cosmonaut.
He congratulated her on her achievement and spoke of his “fatherly pride” for her.
By 2000 BST Ms Tereshkova had completed 23 circuits of the globe – one more than the longest-flying US spaceman, Gordon Cooper – at a distance of between 114 miles (183km) and 145 miles (232km) with an average 88.3 minutes for each orbit.
Thousands of jubilant women gathered in Red Square, Moscow, to celebrate the occasion.
A special issue of Soviet newspaper Pravda said Ms Tereshkova had dreamed of going into space as soon as she heard about the first man in space, Colonel Yuri Gagarin, in April 1961.
Ms Tereshkova – an amateur parachutist – joined the space programme last March.
Col Gagarin said she was popular with the other cosmonauts and their wives and described her “kind eyes and good-natured smile”.
Russian scientists also hope to analyse the comparative effects of space travel on a man and a woman.

Lt Tereshkova and Col Bykovsky landed safely by parachute two days later in Kazakhstan, several hundred miles from where they had taken off.
Ms Tereshkova had completed 49 orbits of the Earth – 1,250,000 miles – in two days, 22 hours and fifty minutes.
Mr Bykovsky set a new record for time in space, completing 82 orbits – 2,060,000 miles – in four days, 23 hours and 54 minutes, 25 hours and 32 minutes longer than the previous record holder.
Ms Tereshkova was feted by the Soviet leadership and became active in the Communist Party. She never returned to space.