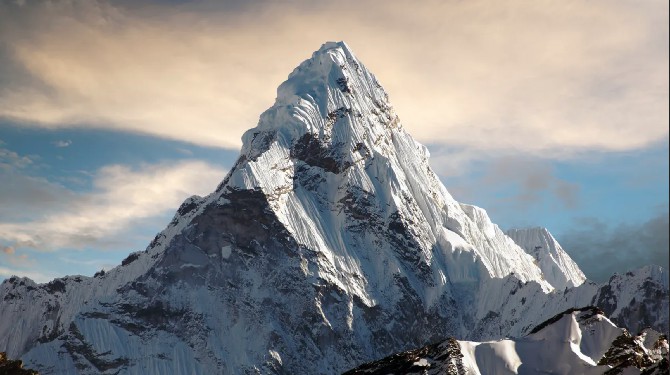 Dougal Haston and Doug Scott have become the first Britons to reach the summit of the world’s highest mountain.
The men arrived at the top of Mount Everest via the previously unclimbed south-west face, 33 days after establishing their base camp.
The team succeeded on a difficult direct route which has repulsed five other attempts and set a record for the fastest time up the peak.
Expedition leader Chris Bonington reported the pair had reached the 29,028ft (8,848m) summit safely and were now on their way down the mountain.
He also said they were ahead of schedule and hoped more of the 18-strong group would be able to reach the top.
The south-west face of Everest has been regarded as one of the most difficult challenges in mountaineering because of its length and exposure to high-level winds.
Mr Haston, who runs the International School of Mountaineering in Switzerland, and Mr Scott, a mountain lecturer from Nottingham, had failed twice to conquer the route.
The Queen sent a message to the team offering her warmest congratulations on a “magnificent achievement”.
Jan Scott, who is planning to fly out to Nepal to meet her husband, said she was overjoyed by his success.
“It’s wonderful – I knew Doug would do it one day,” she said.

The 1975 south-west face expedition was marred by the disappearance of Mick Burke four days later on his way to the summit.
Doug Scott and Chris Bonington became two of Britain’s most well-known mountaineers, making hundreds more difficult ascents and lecturing about the sport to make a living.
Bonington’s book about the climb was called Everest the Hard Way – a reference to the fact it was the hardest route up the mountain to date.
Dougal Haston was killed in a skiing accident in the Swiss Alps in 1977.