This day in history | 1977 Deng Xiaoping back in power 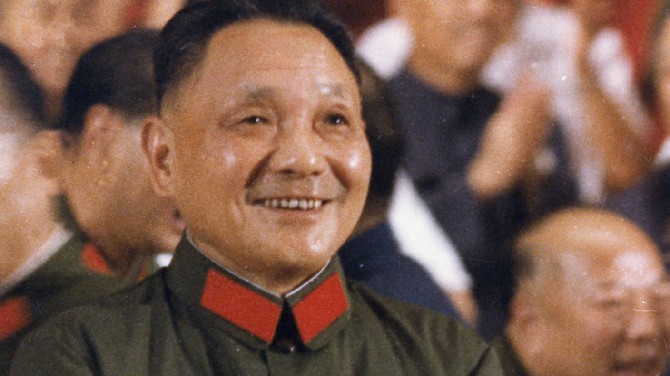 The disgraced deputy Prime Minister of China, Deng Xiaoping, is to return to Chinese Government.
The Chinese Communist Party conference has restored him to the offices of Vice Premier of the State Council, Vice-Chairman of the Central Committee, Vice-Chairman of the Military Commission and Chief of the General Staff of the People’s Liberation Army.
He was dismissed from his posts after the leftist Gang of Four blamed him for the popular uprising in Tiananmen Square in April last year after Premier Zhou Enlai’s death.
Since the death of Chairman Mao last September the Gang of Four has sidelined Mr Deng and attempted a programme of radical reform.
Downfall of Gang of Four
But Mao Tse Tung’s named successor as CCP chair, Hua Guofeng, has been purging the Party of extremist influences such as the Gang of Four.
The Gang of Four was formally expelled from the CCP at a meeting of the Central Committee’s Third Plenum last weekend.
The Gang includes Mao’s fourth wife, Jiang Qing, former vice premier and politburo member Zhang Chunqiao, former factory worker Wang Hongwen and Shanghai intellectual Yao Wenyuan.
The official CCP newspaper, The People’s Daily, last week accused the group of trying to “rebuild” the Communist Party, excluding senior officials and creating a “mass organisation”.
Chinese authorities now regard “pleading the Gang’s innocence” as a “counter-revolutionary act”.
A party official in Kiangsi who defended the group recently was “denounced for his crime” at a meeting of 4,000 people.
Premier Hua has also identified far-left tendencies in party leaders of 13 of China’s 29 administrative regions and removed them from power.

By the end of 1978 Deng Xiaoping had effectively wrested power from Hua Guofeng.
The Gang of Four members had been arrested in October 1976 and were put on trial in 1980 for their part in an attempted coup.
In 1978 Deng oversaw the historic change of direction for China, the stressing of the so-called “Four Modernisations” of agriculture, industry, national defence, and science and technology.
During Deng’s long hold on power, he instituted a variety of reforms aimed at decentralising the economy and opening the country to international trade.
He resigned from his last official Party post in 1989, after he and other Party elders ordered the use of military force to clear Tiananmen Square.
He remained extremely influential until his death in 1997, and it was Deng who agreed to Jiang Zemin’s elevation to Party chief and Deng who nominated Hu Jintao as Mr Jiang’s successor.