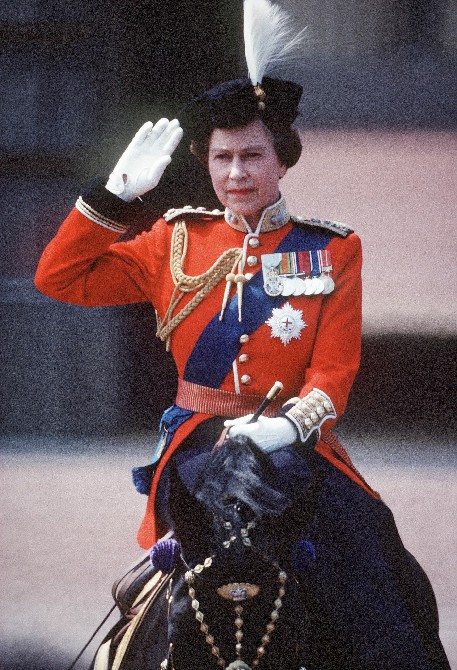 A teenage boy who fired blank shots at the Queen during a Trooping of the Colour ceremony has pleaded guilty to a charge under the 1848 Treason Act and been jailed for five years.
The Queen was startled when 17-year-old Marcus Sarjeant fired several shots in her direction as she was riding in a parade down the Mall in June, but was unharmed.
Lord Chief Justice Lane said the teenager’s original intention was to use a real gun, but when he could not get hold of one he carried out a “fantasy assassination”.
Sarjeant – described as a shy loner haunted by failure – was inspired by attempts on the lives of US President Ronald Reagan and the Pope.
The court heard the teenager from Capel le Ferne near Folkestone in Kent was also obsessed with the murders of President John F Kennedy and John Lennon.
Lord Lane said there was little doubt the incident could have been far worse.
“You tried to get a licence, you tried to get a gun – you were not able to obtain either,” he told the court. But he made it clear Sarjeant was being sentenced for what he did, and not what he might have done.
The prosecution said documents taken from the would-be assassin’s home indicated he had planned to kill the Queen for some time.
He had written in a diary: “I am going to stun and mystify the whole world with nothing more than a gun – I will become the most famous teenager in the world.”

Marcus Sarjeant wrote to the Queen from prison to apologise for firing the blanks, but he never received a reply.
In questioning, Sarjeant said he had been inspired by the assassination of John Lennon in December 1980, and the attempts on the lives of the U.S. President Ronald Reagan in March 1981 and of Pope John Paul II in May 1981. In particular he noted the ease with which Mark David Chapman had become famous after killing John Lennon. A friend said that at the time of John Hinckley Jr.’s attempt on the life of Reagan, Sarjeant had said “I would like to be the first one to take a pot shot at the Queen”.
The police found that Sarjeant had written “I am going to stun and mystify the world. I will become the most famous teenager in the world.” Investigations by psychiatrists found that Sarjeant did not have any abnormalities defined as treatable under the Mental Health Act 1959.
He was released in October 1984 aged 20, changed his name and started a new life.