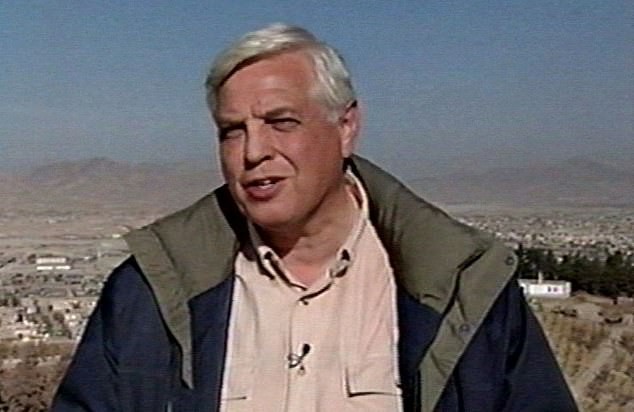 The BBC’s world affairs editor has become the only television reporter to broadcast from Taleban-held Afghanistan as the country prepares for an American attack.
John Simpson and a cameraman were smuggled into the Nangarhar Province, near the border with Pakistan, by heavily armed smugglers.
On the advice of their escorts, the two men donned burqas – the traditional full-length garment compulsory for all women living in Taleban-controlled Afghanistan.
The United States is targeting Osama Bin Laden and other al-Qaeda members present in Afghanistan after blaming them for the 11 September attacks.
Mr Simpson, who has reported from many of the world’s trouble spots over the past 20 years, said the disguises worked “superbly”, despite both of them being more than six feet tall.
“Merely putting on the burqa, I found, has an extraordinary effect – it seems to make you disappear,” he said.
“Behind their burqa, women have become an invisible sex in Afghanistan.”
The BBC duo spent several hours in Afghanistan before being taken back over the border into Pakistan.
Mr Simpson reported a heavy Taleban presence along large stretches of the frontier, but said there was still an “eerie emptiness” in the province they visited.
He said people appeared to have either fled their homes in anticipation of an American attack or were keeping their heads down.
The BBC correspondent also noted talk in Afghanistan of a “gradual defection” from the Taleban as their popularity declined.
“The militias and smaller contingents whch joined them back in 1996 when they were plainly winning [are beginning] to have second thoughts now,” he said.
“People say they are starting to be corrupted by power.”
The Taleban have controlled large areas of Afghanistan for the past five years. The mission of leader Mullah Mohammed Omah and his fighters was to make the country the world’s purest Islamic state.

The US attack began on 7 October, with air strikes targeting the airports of Kandahar and Kabul, and terrorist training camps near Jalalabad.
The offensive was the first retaliatory response to the 11 September 2001 terror attacks in which nearly 3,000 people died.
Within three months the Taleban were effectively ousted. Osama Bin Laden has so far eluded capture – though other members of al-Queada have been hunted down by coalition forces and the Pakistani military.
Nato’s International Security Assistance Force began peace-keeping duties in 2002 and maintains a heavy presence in Afghanistan.
Infighting between local commanders over power and territory became a feature of the post-Taleban period. The authorities in Kabul have been able to exert little control beyond the capital and militant violence has continues.
In September 2006 there were 5,500 British troops deployed in the country as part of an international force. That figure rises to 5,800 in October 2006. Of those already in Afghanistan, 1,300 are in Kabul and 4,200 are in the southern province of Helmand.
John Simpson went on to report from northern Iraq when the US and Britain attacked the country in 2003.
In April 2003 he was injured in a “friendly fire” attack by a US Navy jet which killed his Iraqi translator.