This Day in History | 2003 High security as Bush visits UK 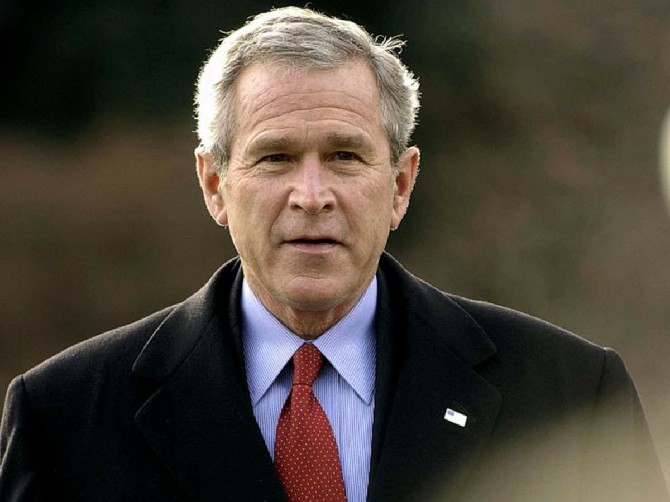 The United States President, George Bush, has arrived in Britain for the first full state visit by an American president amid some of the tightest security London has ever seen.
He was met by Prince Charles at Heathrow Airport before travelling via helicopter to Buckingham Palace for a private reception with the Queen.
The visit is highly controversial, coming just six months after the overthrow of Saddam Hussein in Iraq.
Public opinion in both Britain and the United States is deeply divided over the war.
During the four-day visit President Bush will meet the families of British victims of the September 11 attacks in New York, and British soldiers who fought in Afghanistan and Iraq.
London is the focus of an unprecedented security operation during the visit involving thousands of extra police officers and costing an estimated £5m.
Officers at Scotland Yard say the security measures reflect the general terrorist threat as well as the need to police the mass protests expected in two days’ time.
The Deputy Assistant Commissioner at Scotland Yard, Andy Trotter, said: “We are on a very high level of alert at the moment.”
Mr Bush will also be protected by hundreds of armed guards from the US during his visit.
The guards will not be granted diplomatic immunity and will be subject to the British legal system if they shoot anybody, the Home Office has promised.
The Stop the War Coalition, CND and the Muslim Association of Britain say they expect hundreds of thousands of people to march in protest at President Bush’s visit.
Police have now agreed to allow marchers to follow a route through Whitehall after the organisers assured them it would be peaceful.
UK Prime Minister Tony Blair urged supporters of Mr Bush to make their voices heard along with those of the protesters.
He defended his decision to invite President Bush to the UK, saying, “This is the right moment for us to stand firm with the United States in defeating terrorism wherever it is and delivering us safely from what I genuinely believe to be the security threat of the 21st century.”

Protests followed President Bush wherever he went during his four-day visit to the UK.
However, the violence that had been feared did not materialise and the massive security operation kept the president himself well away from protesters.
The organisers of the mass march claimed 200,000 joined the demonstration, although police put the numbers closer to 100,000.
It was described as good-natured and non-violent.
The president’s visit was also overshadowed by a bomb attack in Turkey on 20 November in which 27 people, including four Britons, lost their lives and at least 450 were injured.
As had been widely predicted, there was no progress during the visit over the two main issues of contention between the two countries – the treatment of British detainees at Guantanamo Bay, and the US tariffs on European steel imports.
However, after further developments the steel tariffs were lifted later in the year and all nine British prisoners held at Guantanamo Bay were transferred into British custody by January 2005.
George W Bush was re-elected president on 2 November 2004 by a comfortable margin.