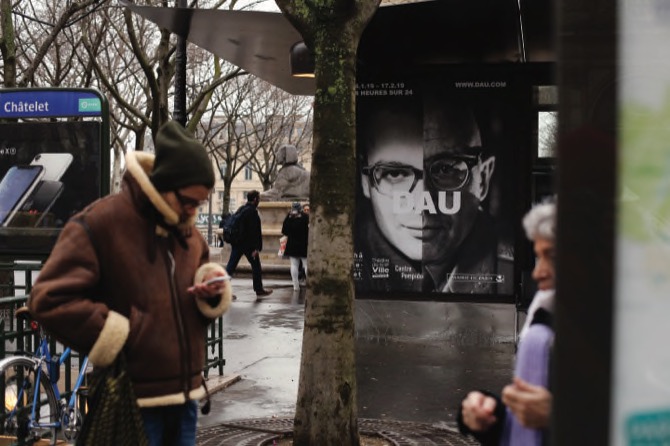 Imagine setting aside two years of your life to work, sleep and procreate in a fake Stalinist physics lab. A place where secret police or hidden microphones monitor every utterance. Where you’re not allowed to check your phones or don modern underwear, or mention anything that’s happened in the last half-century — or acknowledge that the whole thing is really just a film set.

This is the world of DAU, a bizarre artistic undertaking unveiled in Paris in recent days in two hollowed-out theaters and the Pompidou Center modern art museum. Visitors are invited to immerse themselves in 700 hours of film footage of an artificial Soviet universe, talk to shamans or scientists about the experience, roam blood-red corridors lined with propaganda posters and eat borsht from 1950s-style aluminum bowls. 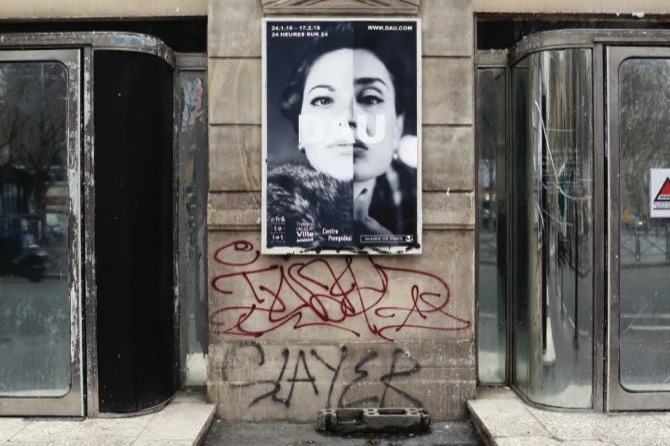 It’s taken DAU — brainchild of Russian director Ilya Khrzhanovsky — more than a decade to reach the public, and cost countless millions of dollars. Its long-awaited opening was marred by glitches.

Now it’s up to the public to decide whether this is artwork of unparalleled ambition and genius, highlighting the dangers of totalitarianism at a particularly opportune moment of modern history — or a colossal waste of time and money on a social experiment gone deeply wrong. 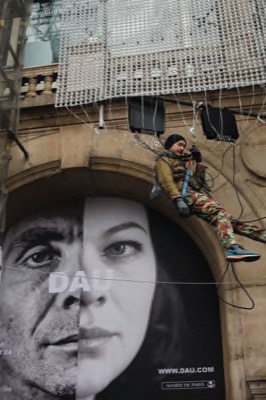 At its core, this is a biopic about Nobel Prize-winning physicist Lev Landau, a towering figure in the study of theoretical physics known simply as Dau. But Khrzhanovsky didn’t just want to tell the story of Landau’s life; he wanted to recreate it.

So in 2008 he built “The Institute” on the outskirts of the eastern Ukrainian city of Kharkiv, where Dau had worked, and hired tens of thousands of people to transform it into the Soviet world the physicist inhabited from 1938-1968.

Participants were mostly local residents, though real scientists from the U.S., China and beyond came to work in the lab. Real prisoners joined participants jailed by the institute’s “secret police.” Organizers stitched 40,000 period costumes, authentic down to the undergarments. Participants adhered to strict rules on era-specific vocabulary, or else. Fourteen real babies were born.

The DAU experience seems undefinable by design: It’s up to the beholder to decide what exactly this thing is.

Music industry icon Brian Eno, the project’s acoustic guru, said simply:  “I hope you enjoy it. Or if you don’t enjoy it, that something happens to you.”

Landau himself looms over the experience. His theories are still taught in schools worldwide, and Google’s home page celebrated what would have been his 111th birthday last week.

But DAU isn’t just about his contribution to world science, or the Soviet atomic bomb and space program. He was a free thinker who clashed with authorities and academia, toiled in a gulag and was repeatedly held in psychiatric hospitals.

The project invites physicists to talk with visitors and is staging conferences about the future of science, but that seems a bit of a sideshow. The crowd gathered for DAU’s opening day included a guitarist, traditional healer and film students attracted mainly by its sheer weirdness. 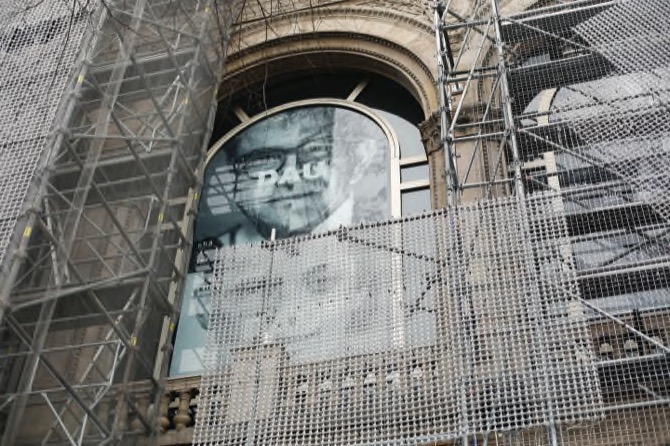 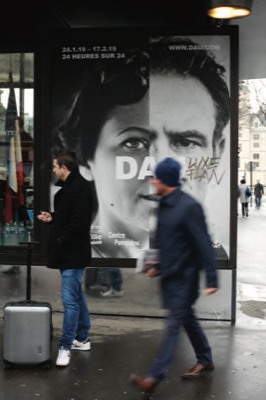 Organizers won’t say just how much money has been spent. Costs included building and maintaining the Kharkiv institute — its 300 scientists, mystics, cleaners and KGB infrastructure, plus 10,000 extras — and then destroying the whole thing.

Early funds came from the Russian and Ukrainian culture ministries, the Council of Europe and Western European film institutes and cultural foundations. But DAU’s main money has come from well-connected Russian millionaire Sergei Adoniev, according to his U.K.-based Phenomen Trust.

The French government and Paris City Hall are also on the hook, as owners of the Pompidou Center and the two theaters showcasing DAU, the Theatre de la Ville and Theatre du Chatelet.

Visitors should help the project recoup some expenses. Tickets — in the form of “visas” offering six-hour, 24-hour or monthlong access — cost between 20 and 150 euros.

THE POLITICS OF IT ALL

It’s a timely moment to plunge Western visitors into the realm of suspicion and propaganda propagated by intolerant regimes. Nationalism and hate speech are resurfacing in many quarters, and authoritarian leaders like Russian President Vladimir Putin elicit fascination and admiration even in well-established democracies.

Some who worked on the Kharkiv project accuse Khrzhanovsky of taking on autocratic tendencies himself, traumatizing participants through a system of intimidation and abuse meant to make life in the fake institute more authentic, but which left real-life scars. 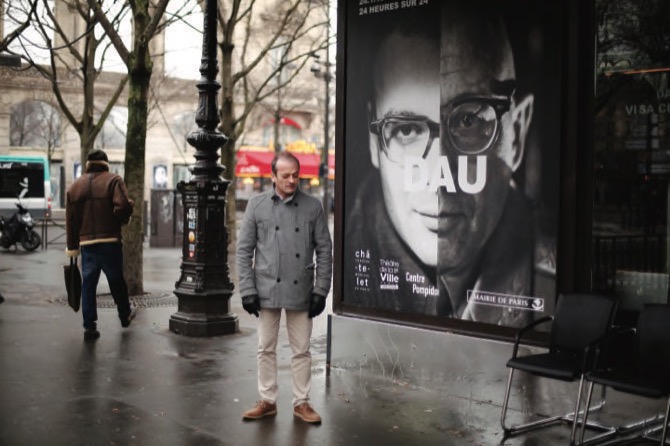 Even for visitors to the DAU exhibit, the experience can feel oppressive: Cellphones must be surrendered upon entrance. An AP photographer was refused access for using a digital camera. “Visas” are granted only after filling out an extensive personal questionnaire.

DAU itself doesn’t address today’s politics head-on, but some of those involved do.

“We need to talk about this now. We are again seeing this situation.” Angela Charlton, Paris, AP