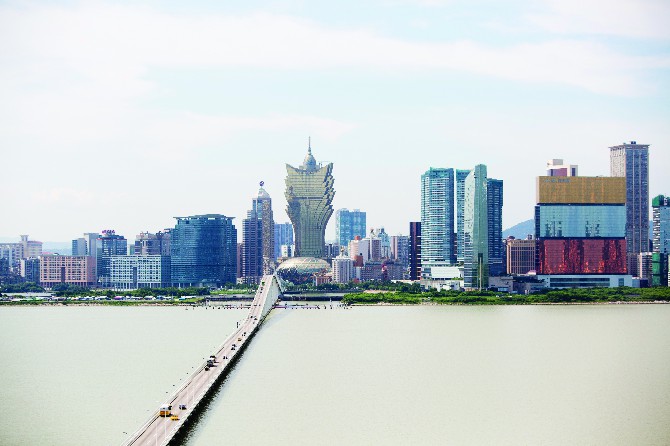 The Court of Second Instance (TSI) has rejected a request to suspend the contract for the design and construction of the fourth Macau-Taipa sea bridge, the Office of the President of the Final Appeal Court informed.
Collectively, the judges decided to reject the preventive injunction request, however that does not mean that the case has been ruled in favor of the appellant. A decision previously made by the government in an order of the Chief Executive (CE) on October 15, 2019 had awarded the contract for the design and construction of the fourth link to a consortium.
The consortium is composed of the China Civil Engineering Construction Corporation, China Railway Construction Bridge Engineering Group Co., Ltd and Omas Construction and Engineering Company Limited.
In fact, at this point, the TSI only rejected a request to suspend the contract, which would have forced the start of work to be postponed while further action takes place in court.
On the decision to reject the request, the Collective Court said that the decision was not made on the basis of the analysis of any proof or evidence for the claims of the appellant, but due to a technical mistake the appellant made.
This fact led to the TSI’s decision. The appellant, Coneer Engenharia e Administração, Limitada, participated in the tender for the contract for the design and construction of the fourth Macau-Taipa maritime bridge in a consortium that included China Road and Bridge Corporation. Coneer should have presented the appeal together with the other company that was part of the consortium, as Coneer alone has no legitimate claim to request the suspension of the effectiveness of the award of the contract. The decision was accepted by the appellant.
The tender received a total of seven different bids at the time. When the winner of the tender was announced, Coneer Engenharia e Administração, Limitada, who was one of the bidders, contested the government’s decision. They claimed that the public tender had “serious defects that tainted its validity,” the appeal document noted.
The appellant made several claims. They argued there should have been an audience with all the tender participants, and a report explaining the factors that led to the decision to attribute the contract to the tender winner as well as the criteria used to decide the winning bid before the decision was made public by CE order.
Although the current decision by TSI is not final, they anticipate that Coneer’s case is likely to fail for the very same reasons.
The contract for the design and construction of the fourth link between the peninsula and Taipa Island was awarded to the consortium of three companies for 5.3 billion patacas and with an execution time of 1,098 working days.
The bridge will be about 3.1 kilometers long, 2.9 kilometers of which will be a section above the sea. The main section of the bridge is to consist of four lanes of traffic in each direction, with the center lanes on each side reserved for motorcycle traffic. The bridge will connect Zone E1 of new reclaimed land in Pac On to Zone A.