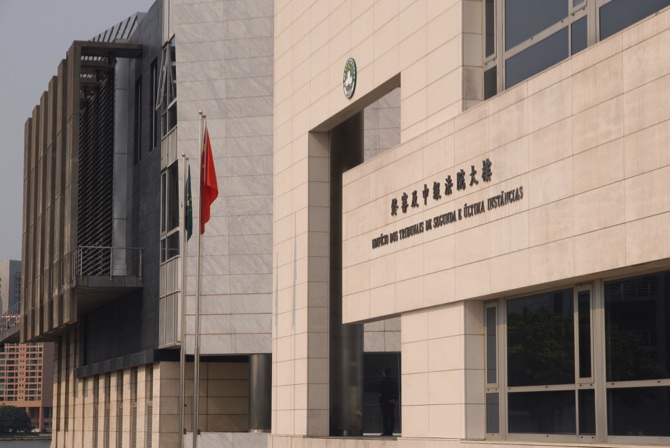 The Court of Final Appeal (TUI) issued a statement yesterday about the upcoming trial of former Public Prosecutor General Ho Chio Meng, who has been accused of over 1,500 counts of various crimes.

The former MP head was arrested on February 27. The crimes levelled against Ho include 434 counts of unlawful participation in businesses, 56 counts of money laundering (plus 75 together with other suspects), 69 counts of abuse of power, and 19 counts of fraud involving large amounts of money.

The case also involves several others, some of whom include Ho’s relatives.

Macau Lawyers Association President Jorge Neto Valente previously told Radio Macau that it is unjust that Ho’s case has moved faster than others, describing the accusation as “shocking.”

According to Valente, it seemed as though Ho was only dedicated to committing crimes, which he doubted.

“How is it possible to develop such a conspiracy theory and write 10,000 pages worth of a lawsuit accusing one person of more than 1,000 crimes?” he asked.

The statement issued by TUI reacts to the “concerns of some Macau lawyers” over the fact that the trial of the former top judge was called too soon, given its complexity and the number of crimes involved.

Cases being judged by the Court of First Instance (TJB) are admissible provided the people under preventive arrest are judged within five months. However, TUI states that TJB “has hundreds of trials to make, while TUI, at this moment, has only this one in first instance [sic].”

TUI addresses another issue raised by Valente, who claimed that the defendant’s lawyer had “20 days to read the case’s 10,000 pages and prepare a response document.”

According to TUI, the process has been open to the defendant lawyers since September 6.

“The process was consulted many times by several lawyers of the suspect. To date, the defendant or his lawyers never complained about the lack of access to the process.”