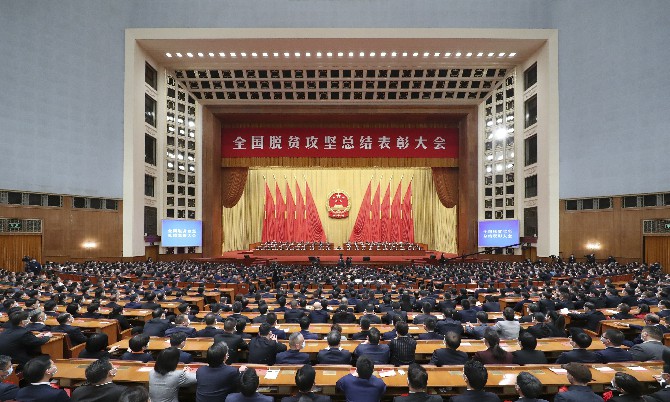 Work has been conducted to ensure that Macau is managed by patriots, the government has reiterated in a statement, following a similar message being announced at the Two Sessions.
The Two Sessions, which are now in operation in Beijing, is the name for the annual plenaries of the National People’s Congress of China (NPC) and the Chinese People’s Political Consultative Conference (CPPCC).“Ensuring that the powers stemming from a high degree of autonomy are in the hands of patriots is a crucial principle concerning the implementation of ‘One country, two systems’,” the Macau government wrote in the statement.
“It is a shared responsibility for people across Macau to safeguard the city’s social stability and to consolidate the foundation for ‘patriots governing Macau’,” the government added.
Deemed to be a tradition by the local government, patriotism has been upheld by the government itself and people from all walks of life since the city’s sovereignty changed in 1999, the government stated.
“The government and people from all walks of life in Macau have been paying great attention to the promotion of Macau’s patriotic tradition, the unswerving adherence to the sense of national identity and love for the country, and the maintenance of the core values of loyalty to the country and to Macau, as the mainstays of the community,” the government wrote.
It added that the government has advanced democracy in the city “in accordance with the Chinese Constitution and Macau’s Basic Law [by] establishing processes, in line with Macau’s practical needs, for electing, respectively, successive Chief Executives and members of the Legislative Assembly,” it said. “These factors ensure that the implementation of the “One country, two systems” principle is on the right track, and moving forward.”
The government also stressed that such efforts help protect local residents’ exercise of their democratic duty, while maintaining sound conditions for “patriots governing Macau.
Speakers at a recent seminar about One country, two systems have proposed that Macau evaluate whether changes to the city’s election rules are required to ensure that Macau is governed by patriots.
One of the ideas the seminar calls for is an assurance that only those who are patriotic should govern Macau – implying that candidates for the upcoming Legislative Assembly elections should be patriotic.
At the seminar, Wai Kin Lok, director of Center for Constitutional Law and basic Law Studies of the University of Macau (UM) and deputy director of the organizing body for the seminar, the Chinese Association of Hong Kong and Macau Studies, deemed it necessary that Macau review its election rules to foster patriotism.
Liaison office backs NPC
Meanwhile, the Liaison Office of the Central People’s on Friday voiced firm support to the NPC, China’s top legislature, in deliberating a draft decision on improving the electoral system in the Hong Kong SAR.
The draft decision provides solid institutional guarantee for fully implementing the principle of “patriots administering Hong Kong,” a spokesperson of the office said.
The principle is fundamental to national sovereignty, security and development interests as well as the lasting prosperity and stability of Hong Kong, the spokesperson said, stressing that it is also the core meaning and bottom line of “one country, two systems” principle.
The NPC deliberating the draft decision is a major move for adhering to and improving the “one country, two systems” principle, safeguarding the constitutional order stipulated in the Constitution and the HKSAR Basic Law and implementing the fundamental principle of “patriots administering Hong Kong,” said the spokesperson.
The move is significant to promoting the steady and sustained development of “one country, two systems” and maintaining the lasting prosperity and stability of Hong Kong, added the spokesperson.
The electoral system is a major component of HKSAR’s political system. Improvement of the electoral system must be led by the central authorities, who has the decision-making power, said the spokesperson. Staff Reporter