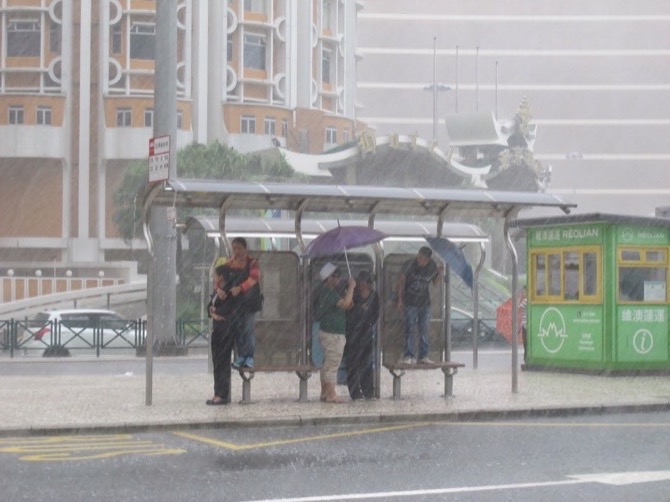 This year’s typhoon season will be comparatively longer than last year’s, the Macao Meteorological and Geophysical Bureau (SMG) announced yesterday.

During a meeting which was attended by the city’s civil protection structure, an SMG representative reported that there will be five to seven tropical cyclones this year, noting that the number is between “normal and above normal.”

The first tropical cyclone of 2018 is expected to hit the city by the middle of June or before, a date slightly earlier than normal. The final typhoon is predicted to pass over the city somewhere in early October, a date said to be slightly later than normal. As such, SMG expects this year’s typhoon season to last longer.

In order to be prepared for the upcoming typhoon season, the city’s security force has planned a typhoon drill for April 28. During the drill, the government will test its most recent evacuation plan in lower-lying costal areas during rainstorms.

Moreover, for the first time, the government’s typhoon drill will invite associations to participate with the sole purpose of enhancing the communication and cooperation between the government civil protection force and residents.

The government said that it will announce information about typhoons through 90 TV channels and radio, and that it will open 16 shelter centers. JZ