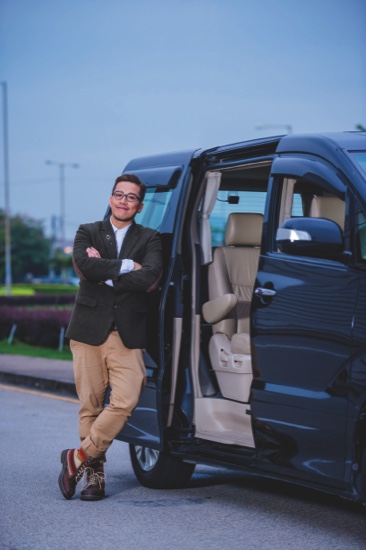 After more than a year of waiting, Uber, the international transportation network company, has undertaken a soft-
launch of its services  in Macau, making the SAR the 343rd city in which the company operates. The Uber Technologies Communications team for North Asia confirmed the report with the Times, stating, “We’re very excited to be bringing this new safe, reliable, and high-quality transportation option to Macau residents and tourists.”
Tomás Campos, Uber Macau’s launcher, said that the company’s entry into the SAR has been eagerly anticipated. “The demand in Macau even before we launched has been tremendous. To date, 127,000 users have opened the app in Macau to see if they could access an Uber trip, including thousands of Macanese locals and users from 70 countries worldwide,” said Campos.
Uber’s first customer to experience the service in Macau was local Cantopop star, Terence Siufay, who said that the experience was “totally awesome – the car arrived in just three minutes, the service provided by the driver was outstanding, and I loved getting out without having to fumble with cash.”
In an announcement on their newsroom website, Uber opened with, “We have heard you, Macau,” in response to their claim that hundreds of Macau locals have asked when the technology service was launching in the city. “Ubers are now on the road in Macau, as part of an initial test period, [however during this period] car availability will be limited.”
Anticipation regarding the launch in the city grew earlier this month when the Times reported on October 6 that two positions for Uber Macau had been posted online (General Manager and Marketing Manager), and that a Twitter account had been set up for the SAR.
Uber officially launched its service in Hong Kong in June 2014 following a similar announcement on the company’s blog. A link was shortly posted to the Facebook page of the South China Morning Post, which drew considerable attention from Macau locals. One person commented, “I wish Macau had it [Uber] too since local people can’t get any taxi[s] even if they are willing to pay more [than the counter].” Others agreed, “Yes, Macau desperately needs it.”
Macau’s current taxi problems are widely reported in the media and frequently criticized by locals. Earlier this year, the Public Security Police recorded 1,333 cases of misconduct from taxi drivers within a two-month period. In addition, a Facebook group was set up in September 2014 to, according to the page, complain about and “shame” taxi drivers in Macau. Currently, the group has more than 5,200 members.
The Uber technology service remains highly controversial in many countries and cities in which it operates. Traditional taxi service companies have claimed that the service is unsafe, illegal, and unfair – the latter a testament to the fact that, as a technology service rather than taxi company, Uber asserts that it is not required to abide by the regulations of the industry. The disruptive nature of the service has resulted in a backlash from taxi drivers in the form of protests and, as in France of January 2014, an attack on an Uber vehicle. Staff Reporter