UK Olympian Mo Farah reveals he was trafficked as a child 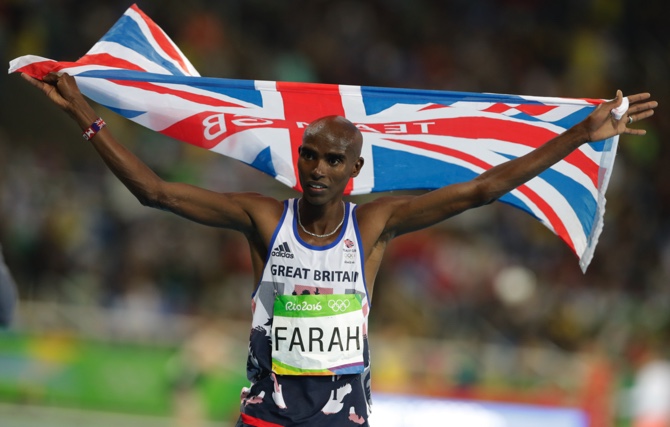 Four-time Olympic champion Mo Farah says he was illegally brought to the U.K. as a young boy and forced to care for other children before he escaped a life of servitude through running.

In a new documentary, Farah says his real name is Hussein Abdi Kahin and that he was from taken from the East African nation of Djibouti. The film that tells the story of his being trafficked and was produced by the BBC and Red Bull Studios.

The athlete says he was 8 or 9 years old when a woman he didn’t know brought him to Britain using fake travel documents that included his picture alongside the name Mohammed Farah, the BBC reported.

The woman took him to an apartment in west London where he was forced to care for her children, Farah said. He wasn’t allowed to go to school until he was 12.

“I wasn’t treated as part of the family…,” Farah says in the documentary. “If I wanted food in my mouth, my job was to look after those kids — shower them, cook for them, clean for them.”

He previously said he had moved to Britain with his parents as a refugee from Somalia.

But in the documentary, he says his parents never were in the U.K. His father was killed by stray gunfire during unrest in Somalia when Farah was 4 years old, according to the film. His mother and two brothers live on the family farm in Somaliland, a breakaway region of Somalia that is not internationally recognized.

Farah says his fortunes changed when he was finally allowed to attend school. A teacher who was interviewed for the documentary recalled a 12-year-old boy who appeared “unkempt and uncared for,” was “emotionally and culturally alienated” and spoke little English.

But he began to blossom on the track and eventually told his story to a physical education instructor. The teacher contacted local officials, who arranged for a Somali family to take him in as a foster child.

“I still missed my real family, but from that moment everything got better,” Farah said. “I felt like a lot of stuff was lifted off my shoulders, and I felt like me.”

Farah said he had feared he would be deported if he spoke about his childhood experiences. He decided to tell his story to publicize and challenge people’s perceptions of human trafficking, he said.

“I had no idea there was so many people who are going through exactly the same thing that I did,” he said. “It just shows how lucky I was.”