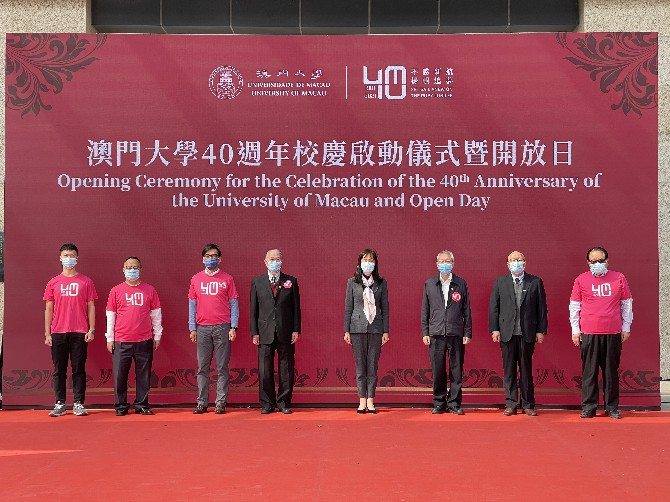 An official launch ceremony was held at the University of Macau yesterday to celebrate its 40th Anniversary in the presence of local and mainland government officials, university management, as well as past rectors.
Yesterday was also the annual Open Day of the university’s campus on Hengqin Island, which is officially administered by the Macau Special Administrative Region (SAR) Government under the laws of Macau.
Inaugurated in the early 1980s, the University of Macau – then named University of East Asia – was the eldest among all local higher education institutions.
Despite being the Chancellor of the university, the Chief Executive was not present at the gala. Instead, he appointed Secretary for Social Affairs and Culture, Elsie Ao Ieong, as his representative.
It is pursuant to the Law 01/2006, the legal charter governing the University of Macau, where the Chief Executive is the Chancellor of the university.
On behalf of the government head, Ao Ieong extended “the most vibrant congratulations” on the occasion. Next, she recapped the early days of the university.
She added that the university developed swiftly as time neared the change of sovereignty. “It has achieved the fruits we see today on the pillars of the economic accomplishments of the SAR,” Ao Ieong highlighted.
The relocation to Hengqin, as described by the senior official, has offered the university better conditions to develop. “[The university] is showcasing strengths in aspects such as computer chips research and development, Chinese medicine research, as well as the Internet of Things,” the official noted.
She stressed that the government is always supportive to education, despite the economy experiencing bumps in the past year or so. She recapped that the direction to higher education in Macau will strike balance between nurturing and attracting talents.
She also reminded teachers and students to be patriotic.
On the same occasion, Song highlighted that the university is following the directions pinpointed by People’s Republic of China’s President Xi Jinping.
The rector said the university has nurtured “patriotic talents, produced scientific research results, contributed to the diversified and sustainable development of the SAR’s economy,” as well as supported the development of the Guangdong-Hong Kong-Macau Greater Bay Area.
Not only so, Song added that the university has also taken a widely accepted role in educating the community about the constitution of the country and the Basic Law of the SAR.
Song also said that the university will continue to align with the government’s policies and directions in higher education and technological innovation.
The University of Macau is a public university mainly supported financially by the SAR government.

Four decades of local higher education
In her speech, Ao Ieong highlighted that the predecessor of the current university had debuted higher education in Macau. Indeed, in 1978, three Hong Kong residents applied to the then Portuguese-Macau administration for land to build a university. The campus broke ground the following year on a hill top on Taipa opposite the current Regency Hotel. In 1981, the University of East Asia was officially inaugurated with first admissions in September that year. In 1988, the Macao Foundation bought the university and the then government renamed it to University of Macau in 1991. Some faculties have transformed into the Macao Polytechnic Institute and the City University of Macau.

Divided opinions on studying in the SAR 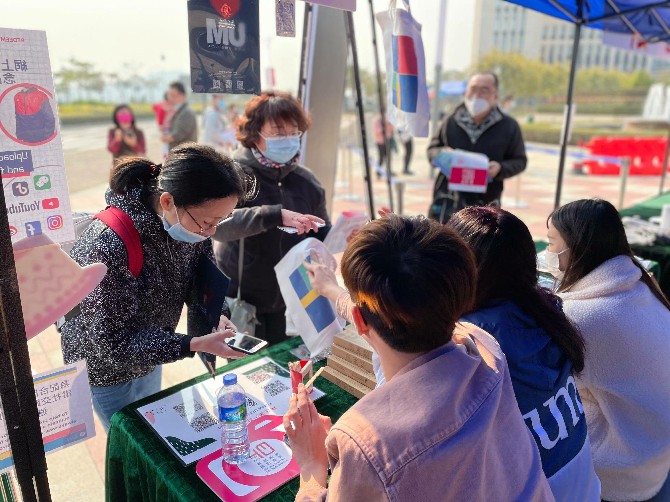 At University of Macau’s (UM) Open Day, which was held yesterday, graduating high school students have varied opinions on whether or not to study at the university.
Some students think that with preferred majors available at the university, as well as it being among the top-tier universities in Macau, it makes sense to receive higher education in this university.
“The university offers the major I prefer, so I have chosen to study at [UM],” a senior secondary three student who introduced himself as Ho, said. According to him, being among the top students in his high school, he has been directly admitted to two majors of the university.
“I’ll be studying computer science,” Ho said. The other major is psychology.
When asked if it was due to the Covid-19 pandemic which led him to not picking a university outside of Macau, his reply was affirmative. However, Ho admitted that external campuses may be even larger.
Another student from the same high school, who is studying in senior secondary two, was considering having higher education in Macau. He attributed the reason to the Covid-19 pandemic.
“My parents will be worried about my safety if I study abroad,” the student explained. “And I’m not familiar with foreign countries.”
Another student who introduced herself as Nora Lao said that she has decided to have higher education in mainland China. She said she will be studying physics and thinks institutions in the mainland has better quality education in the discipline. AL