UN Security Council to head to Washington, and Kentucky 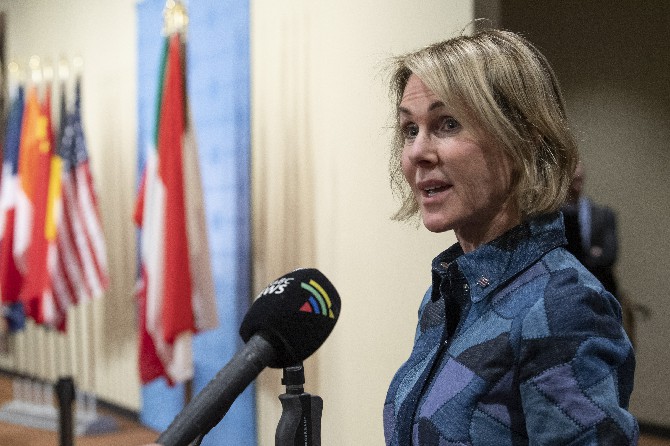 The United Nations Security Council is set to meet President Donald Trump over lunch tomorrow, then travel later this month to part of the U.S. that’s off the beaten path for world diplomats: Kentucky.
It’s the home state of Ambassador Kelly Craft, who announced the plans in brief remarks to reporters yesterday [Macau time] as the U.S. began a stint in the council’s rotating presidency. She said the U.S. tenure would focus on how the council could gain “more credibility.”
“We’re speaking to the world, and I think it’s really important, that we owe it as a moral obligation, not only to speak about topics that are relevant but also to have an outcome,” Kraft said, calling for reflection on the council’s work this year and how it might improve.
Tasked with maintaining international peace and security, the council generally sets out for hotspots when it leaves headquarters.
Visits this year have included Iraq and neighboring Kuwait, a council member; Mali, the site of the deadliest U.N. peacekeeping mission, and other countries dealing with or trying to emerge from war, violence, political crises and other strife. The U.S. and South Africa co-led an October trip to South Sudan, where there’s a U.N. peacekeeping force, and to a meeting with African Union leaders in Addis Ababa, Ethiopia.
The council also has traveled at times to the White House and to informal retreats or visits to members’ countries.
China invited the council to visit during its November 2018 presidency, for example, in what was billed as a “side event” for members to learn more about China’s participation in peacekeeping operations and get a firsthand look at its development.
Former U.S. Ambassador Nikki Haley talked about bringing council members to her home state of South Carolina in September 2018. The Carolinas were hit by a hurricane that month, and the trip ultimately didn’t happen.
The U.S. mission to the U.N. didn’t immediately say what the theme would be for the Dec. 13-15 trip to Frankfort and Lexington, Kentucky.
Kraft said members will have a day of “sofa talks” and informal meetings, to be held at the headquarters of animal feed and beverage conglomerate Alltech Inc.
Also on the agenda: dining at the governor’s mansion, watching the No. 8-ranked University of Kentucky men’s basketball team play unranked Georgia Tech, and bottling some of the Bluegrass State’s famed bourbon.
Kraft, a Kentucky native, became Washington’s envoy to the U.N. in September, after serving as ambassador to Canada. JENNIFER PELTZ, UNITED NATIONS AP