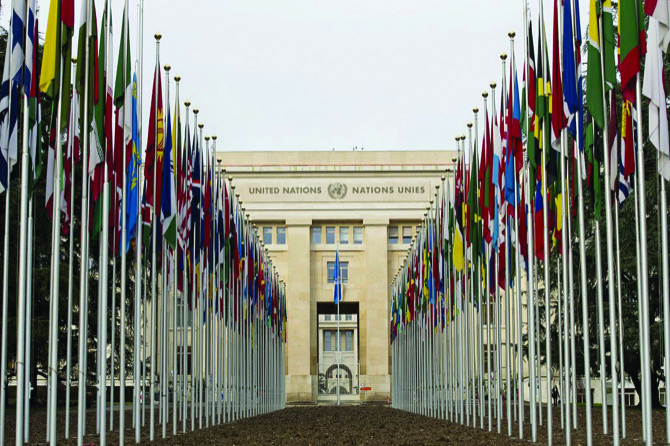 The United Nations building in Geneva

The United Nations Human Rights Council has submitted a report on the human rights situation in the People’s Republic of China, including a section on Macau where it criticizes “widespread discrimination” against migrants, people with disabilities and the LGBTQ community.

During a meeting yesterday in Geneva, Switzerland, the Secretary for Administration and Justice, Sonia Chan, refuted the accusations insofar as Macau is concerned, saying that the government protects the rights of Macau residents. Foreigners living or working in Macau enjoy similar protections, Chan said. The Secretary also mentioned the recent enactment of the Domestic Violence Prevention and Correction Law.

Citing information provided by the Committee on Economic, Social and Cultural Rights, the Council noted with concern that the MSAR “had not yet adopted comprehensive anti-discrimination legislation and that widespread discrimination against migrants and lesbian, gay, bisexual and transgender persons persisted in Macau, China, particularly in employment, health care, education and housing.”

The report also noted that “de facto discrimination against persons with disabilities persisted, particularly in the field of employment.”

In its report, the Human Rights Council also raised concerns about the lack of a human rights institution in accordance with the Paris Principles.

The Council said that the UN Committee on the Elimination of Discrimination against Women had “urged [Macau] to consider the establishment of an independent human rights institution with a broad mandate to promote and protect human rights.”

Among the other concerns raised by the Council was the situation regarding the prevalence of domestic violence and a lack of legislation to combat sexual harassment in the workplace.