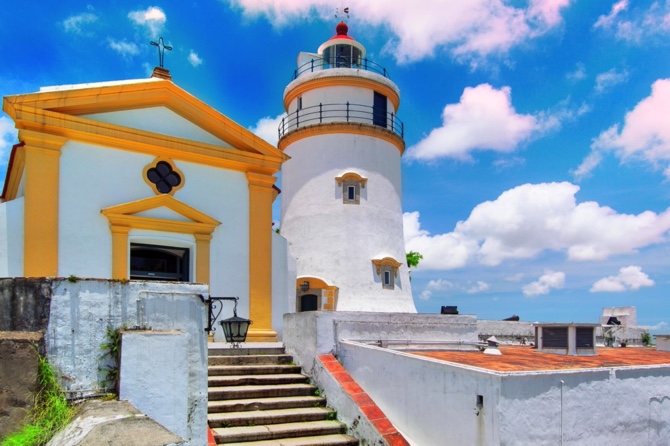 A concerned group is urging UNESCO to maintain a firm stance on the decision it made in 2008 in reducing the height of the building project located at Calçada do Gaio to 52.5 meters.

In a letter addressed to the assistant director-general for Culture of UNESCO, the Concern Group for the Protection of the Guia Lighthouse urged UNESCO to seek permission from the Chinese central government to declassify the reports sent to UNESCO.

“This will allow Macau residents and the international community to verify the authenticity of these studies and their conclusions,” the group wrote.
“UNESCO should clearly clarify the meaning of ‘revise the design of the upper floors of the unfinished high-rise building at 18-20 Calçada de Gaio’ to be more transparent and to lessen their visual impact,” it added.

The letter comes as the group has long urged local authorities and UNESCO to help halt the unfinished high-rise building at 18-20 Calçada de Gaio.

“On the same day, the then director of Public Works Bureau of the Macau SAR made a public commitment on behalf of the Macau SAR Government to Macau residents and the international community,” the group recalled.

The association added that the then-official promised that the height of the unfinished building at Calçada do Gaio would be reduced to 52.5 meters to comply with the height limit in Chief Executive Directive No. 83/2008. In a subsequent meeting, the director also reiterated the above government position to members of the group.

“In this connection, it is a great shame that the previous two Chief Executives did not keep the promise and did not resolve the mess during their terms of office, a period of more than 11 long years,” said the group.

The project was approved in the governance period of Ao Man Long, when corruption and fraud prevailed in the approval of building projects.

“It is a great shame that, after the case of Ao Man Long, Macau government officials continue to be forgetful. They pretend that the above promise to Macau residents and the international community does not exist,” the group added.