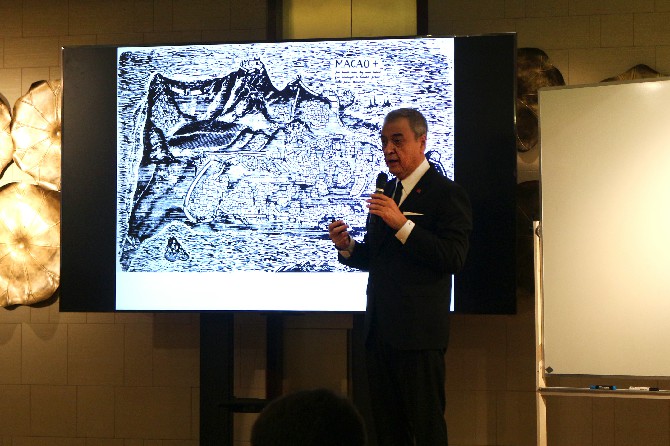 Conflicting opinions on how the new Urban Master Plan safeguards Macau’s heritage and identity became the basis of a debate held during an event organized by the France Macau Chamber of Commerce with the guest-speaker and local architect Carlos Marreiros.
The event, which took place last Thursday evening, was organized to hear the contradictory opinions, namely of Marreiros, on the Urban Master Plan which the government expects to be approved and published by the end of this year.
During the presentation, the architect expressed to be generally in favor of the plan, which he mentioned to have been structured in a “very acceptable” manner.
Elaborating on his opinion, Marreiros noted two aspects which he considered fundamental for his positive evaluation of the plan.
“The Urban Master Plan guarantees that the heritage [buildings and sites] will continue to be protected and safeguarded, and also because it is a plan that focuses on the turning the city back to the water [fronts],” said Marreiros. He noted that historically, the creation and development of Macau was always related with the waterfronts, the sea, the rivers and the canals that surround the region.
Addressing the chart which establishes the different shares of the land usage from 2020 to 2040, Marreiros noted that the “percentages are quite well balanced,” remarking, for instance, that the plan sets 23% of the land to be dedicated to public infrastructures as the larger portion, followed by 22% dedicated for residential areas. The architect also noted that the balance can be seen in the percentages allocated for ecological areas (18%) and green and public outdoor spaces (8%).
“If we put these two items together [ecological areas and green and public outdoor spaces], we have a total of 26% of areas that are considered ecological, green, and outdoor leisure areas. Which becomes, in this way, the largest portion of the whole chart,” he remarked.
Marreiros also noted that the idea of the eight categories of land usage comes directly from the old “Urban Intervention Plans” used during the Portuguese administration of Macau which were “very well-designed tools.”
A very different opinion on the plan, or at least on the part that it safeguards local identity and heritage, was expressed by Ivo Carneiro de Sousa, Associate Dean-Full Professor at the City University of Macau.
During the Q&A session that followed the presentation of Marreiros, Carneiro de Sousa disagreed with the idea expressed that the Urban Master Plan protects Macau’s heritage stating, “The way I see it, this is not a Master Plan, this is just an expansion plan for Macau for the upcoming 20 years.” He noted that while the protected buildings and sites are important, when “isolated they have very little value. The value comes from the clusters created by them and that includes not only the main building or a church but the branching that was created around those centers and the interconnection and communication of these places with the others of the same kind all over the city.”
According to Carneiro de Sousa, who had issued a 100-page opinion on the plan during the public consultation period, the plan lacks depth and does not include expert opinions in different fields, such as Sociology, Anthropology, History, among others.
The historian, trained in Cultural and Religious History, has a wide range of research work published on the History of Macau, East Timor, and the Portuguese presence in Southeast Asia. He remarked that in order to preserve the identity of Macau, it is necessary to preserve its history and original functions of the many clusters around the city and not just keep the main immovable property. 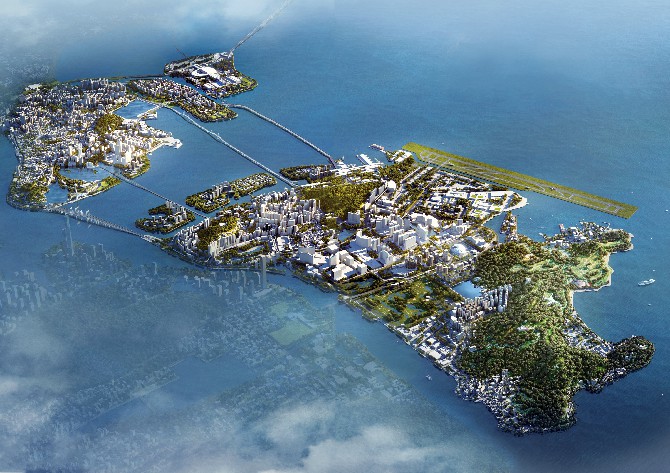 Better this plan than no plan
Although the Urban Master Plan might lack consensus approval, the idea that endures from the debate is that it is better to finally have this Master Plan approved than to continue without any guidelines for the city’s development for a longer period.
“This plan is necessary and urgent,” said Marreiros during his introduction to the topic, “We need to have a document that provides clear rules from everyone,” he remarked, noting that the lack of a general plan for Macau has been impeding a lot of work and development of infrastructures that are crucial for the city, as well as driving away potential investments.
“When an investor comes to Macau, interested in a certain land plot, and asks what can be done in it, we need to be able to provide one, single, and assertive answer and not a rough idea that can be more or less accurate or more or less flexible,” Marreiros said, noting that the Urban Master Plan’s major importance is to establish such rules and turn them public and transparent for everyone to know.

Greater importance on detailed plans
Addressing the concerns expressed by Carneiro de Sousa on the lack of depth and detail of the plan, as well as no references to crisis situations, Marreiros also acknowledged that the work on this matter is still very far from being complete.
“You are right when you mention the lack of detail and solutions to crisis. This is why the detailed plans [that will follow after the approval of the general plan] are even more important than the Master Plan itself,” Marreiros remarked. “We need to be very careful when doing the detailed plans to guarantee that general ideas of the Master Plan can be incorporated in the best way possible on the actual land plot[s],” he added.
The detailed plans are the most specific part of the urban planning, where experts should clearly define in detail what will be the purpose of each land plot in Macau, as well as what density of the construction there will be, and how will these buildings and constructions relate to each other and in connection with the roads, transports and other public services and facilities.