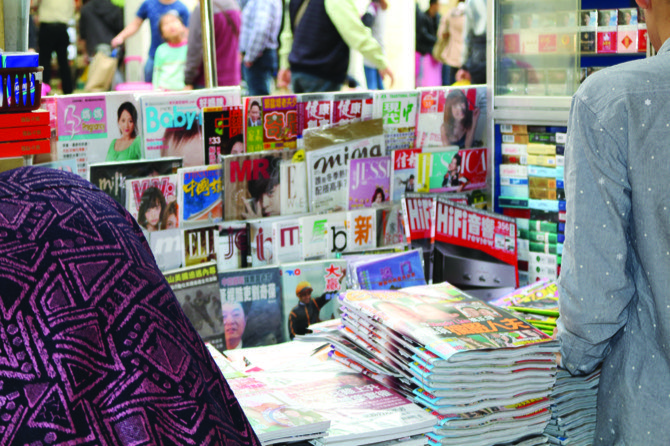 The press in Macau generally enjoy freedom in coverage, expressing a wide range of views, but the government last year took steps to restrict unfavorable news coverage, according to the 2018 Human Rights Report issued yesterday by the U.S. Department of State.

Although the law in Macau provides for freedom of expression and freedom of the press, government subsidies to some media acted as a disincentive for journalists to report impartially, the report suggests. Accordingly, media in Macau sometimes practiced self-censorship last year.

In August Macau’s Legislative Assembly passed legislation to criminalize some actions that disrespect the Chinese national anthem. In that same month, it also concluded public consultations about proposed revisions to the Civil Protection Framework Law that make spreading rumors during emergencies or certain other incidents punishable by a maximum of three years imprisonment.

Meanwhile, in October, the Judiciary Police indicted lawmaker Au Kam San for defamation after the pro-democrat refused to issue a public apology for alleging that police authorities wiretapped his phone in 2009.

With regards to freedom of expression, organizers of The Script Road literary festival last year canceled the appearance of three foreign writers after alleging that the central government’s Liaison Office in Macau had warned them that immigration authorities might block their entry into the SAR.

In other areas, the report noted that “the law provides for the freedoms of peaceful assembly and association, and the government often respected these rights, despite some efforts to discourage participation in peaceful demonstrations.”

It reiterated that the law requires prior notification, but not approval, of demonstrations in public spaces. At the same time, there are concerns regarding the Legislative Assembly’s decision to change the law in July 2018, whereby it since requires protestors to notify the police of their plans as opposed to the now-defunct Civic and Municipal Affairs Bureau.

The change led critics to allege that authorities were “making a concerted effort to use both intimidation and criminal proceedings against participants in peaceful demonstrations to discourage their involvement.”

Another example of such discouragement, the report noted, was an earlier vote at the Legislative Assembly to suspend lawmaker Sulu Sou after prosecutors charged him with the crime of aggravated disobedience. As information on the incident was released in detail during the trial, some observers suggested that one motive of the authorities might be to discourage such civil demonstrations – especially those, as in the case of Sou’s demonstration, that target Macau’s top official, the Chief Executive.

In regards to democratic development, the report noted that Macau law limits citizens’ ability to change their government and universal suffrage is not implemented in the Special Administrative Region.

“Only a small fraction of citizens played a role in the selection of the chief executive, who was chosen in 2014 by a 400-member Election Committee consisting of 344 members elected from four broad societal sectors (which themselves have a limited franchise) and 56 members chosen from and by the SAR’s legislators and representatives to the National People’s Congress and Chinese People’s Political Consultative Conference,” it said.

The same system will be used to elect Macau’s next chief executive later this year, with the process leading to the determination of the electorate having already started.

As in previous years, the U.S. Department of State report concluded that there were no reports of disappearances by or on behalf of government agents that the authorities took steps to prosecute those who committed human rights abuses.

It also commended a strong record in the Macau SAR of protections for religious minorities, women, those with disabilities and lesbian, gay, bisexual, transgender, or intersex persons.

Secretary for Administration and Justice Sonia Chan is attending a meeting of the United Nations Human Rights Council, to be held today in Geneva, Switzerland.

Chan attends the meeting as deputy head of the Chinese delegation. The gathering is due to discuss and adopt China’s third report under the Universal Periodic Review mechanism. Part of that report covers the Macau Special Administrative Region.

In November 2018, the Council held a meeting to examine the third report submitted by China. At that time, Macau officials answered questions – raised by delegates respectively from the Republic of the Philippines and the Republic of Ireland – regarding the Macau government’s work relating to prevention of drug abuse and to anti-discrimination legislation.

Other Macau officials included in the Chinese delegation for today’s meeting are the Director of the Legal Affairs Bureau, Liu Dexue, and Chu Lam Lam, advisor to the Office of the Secretary for Administration and Justice.