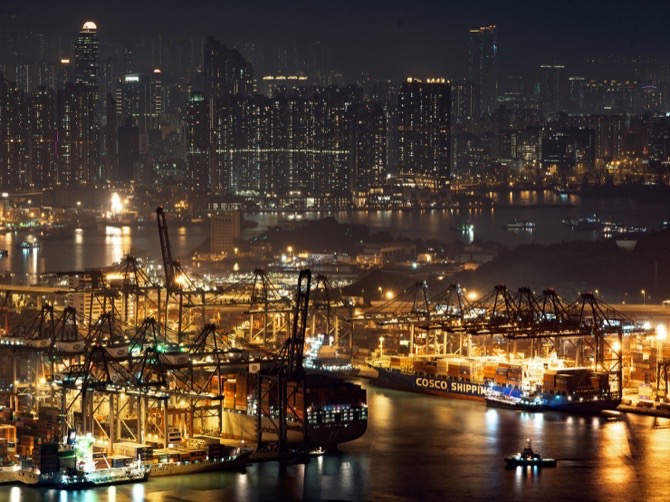 The U.S. warned Hong Kong that it could face penalties if it does business with an oil tanker headed for the city that allegedly violated sanctions on Iran.

Washington wants to put China and the autonomous city on notice that it will aggressively and consistently enforce its Iran sanctions, a senior U.S. official said on Tuesday, speaking on condition of anonymity. The official said China would be informed that any entity doing business with the ship would expose it to U.S. sanctions.

The attention levied on this single vessel, the Pacific Bravo, underscores Washington’s desire to stymie Iran’s oil exports. Relations between the two sides have deteriorated sharply in recent weeks, following President Donald Trump’s pledge to force Iran’s vital oil exports down to zero and a revocation of key sanctions waivers.

The Pacific Bravo is owned by China’s Bank of Kunlun, according to the senior U.S. official. Reuters reported in October that the bank – once Beijing’s major channel for transactions with Iran – would stop handling such payments due to sanctions pressure.

While the U.S. official said the tanker is heading to Hong Kong, ship-tracking data compiled by Bloomberg shows a vessel called the Pacific Bravo off the coast of Sri Lanka and signaling Indonesia as its next stop.

The senior U.S. official said it was imperative that Hong Kong authorities prevent the vessel from docking or allowing local entities from providing services to ships that might misrepresent themselves in order to avoid exposing themselves to sanctions violations.

Hong Kong’s Maritime Department referred an earlier request to the relevant bureau. An official with the Information Services Department didn’t have an immediate comment when contacted yesterday, and said they are looking into the matter.

Reuters reported on May 16 that a tanker in violation of U.S. sanctions had unloaded close to 130,000 tons of Iranian fuel oil into storage tanks near the eastern Chinese city of Zhoushan. It had earlier reported that a batch of Iranian fuel oil had sidestepped American sanctions on petroleum exports by using ship-to-ship transfers involving four vessels including that tanker – the Marshal Z.

Trump has increased pressure on Iran since taking office, exiting the landmark 2015 nuclear deal that gave the Islamic Republic sanctions relief in exchange for curbs on its disputed nuclear program.

Senior Iranian officials have made recent tours of neighboring countries in an effort to boost support, after the U.S. announced it would increase troop deployments in the Middle East and sell weapons to some of Iran’s rivals. Bloomberg