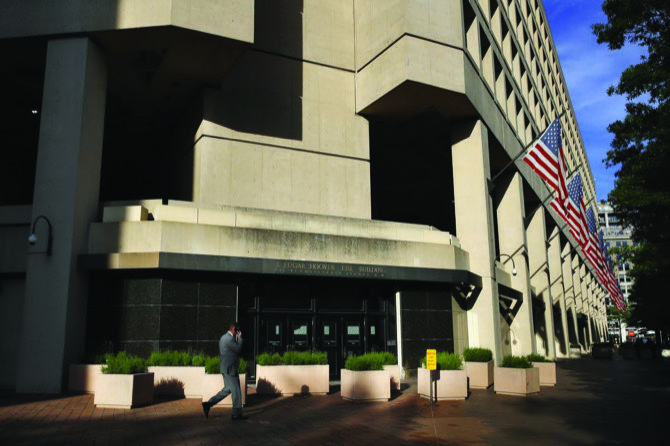 Top Democrats are urging the FBI to investigate a Trump campaign donor who is the founder and onetime owner of a spa that has been implicated in a human-trafficking ring.

In a letter to the FBI, Democrats on the House and Senate judiciary and intelligence panels wrote that reports about Li Yang “raise serious counterintelligence concerns.” Yang’s company claimed it could provide Chinese clients with a chance to mingle and take photos with President Donald Trump, along with access to his private club in Palm Beach, Florida.

“Although Ms. Yang’s activities may only be those of an unscrupulous actor allegedly selling access to politicians for profit, her activities also could permit adversary governments or their agents access to these same politicians to acquire potential material for blackmail or even more nefarious purposes,” the Democrats wrote.

The Democrats asked the FBI to investigate whether authorities were previously aware of Yang’s activities, to what extent she has interacted with Trump and how she was invited to a Super Bowl party at his West Palm Beach country club, among other matters. Signing on to the letter were House Judiciary Committee Chairman Jerrold Nadler, D-N.Y., House intelligence committee chairman Adam Schiff, D-Calif., and Sens. Mark Warner of Virginia and Dianne Feinstein of California, the top Democrats on the Senate intelligence and Judiciary panels.

House Speaker Nancy Pelosi, D-Calif., and Senate Democratic Leader Charles Schumer of New York endorsed the request for an investigation in a joint statement, saying “the facts in this situation are very concerning.”

An FBI spokesperson said the agency has no comment on the letter.

The Miami Herald last week published a photo of Yang with Trump at the Super Bowl party and reported on the link between Yang and the spa where New England Patriots owner Robert Kraft was charged with soliciting prostitution. Kraft was charged in late February and has pleaded not guilty.

Yang, a former owner of the spa, wasn’t charged in a multiagency anti-human-trafficking operation that resulted in 25 arrests, including Kraft’s, and shut down 10 Asian day spas in South Florida last month. None of the spas is registered to Yang or her family.

A company Yang registered in 2017, GY US Investments LLC, “provides public relations services to assist businesses in America to establish and expand their brand image in the modern Chinese marketplace,” according to a translation of the company’s now-defunct website, which is mostly in Chinese.

That has included, the website claims, access to presidential dinners and roundtables, White House events, photo opportunities and “VIP” activities including the “opportunity to interact with the president, the Minister of Commerce and other political figures.”

The site also featured numerous photographs, including a picture of Trump’s Mar-a-Lago club and photographs of Yang with Trump. Yang is described on the website as the company’s “Founder CEO,” as well as a member of a “Presidential Fundraising Committee” and a “Presidential club member.”

The FBI request comes as House Democrats have launched investigations into all aspects of Trump’s White House, businesses and foreign financial dealings. Also Monday, a deadline passed for 81 people, businesses and organizations to respond to a broad document request issued by Nadler’s Judiciary panel earlier this month.

Without naming names, Nadler said in a statement that the committee has already received “tens of thousands” of documents from “a large number” of recipients. He said some have requested a subpoena before they are comfortable complying.

“It is my hope that we will receive cooperation from the remainder of the list, and will be working to find an appropriate accommodation with any individual who may be reluctant to cooperate with our investigation,” Nadler said. Mary Clare Jalonick, Washington, AP