USA | Meet the House Democrats who will be running the show

Now that Democrats have captured control of the House for the next two years, the party’s most senior members are poised to regain the wide-ranging power of committee chairmanships.

While some of the Democrats have gained fame in feuds with President Donald Trump, others are relatively little-known outside of Capitol Hill.

A look at the Democratic lawmakers expected to wield the gavels and shape the party’s top priorities: 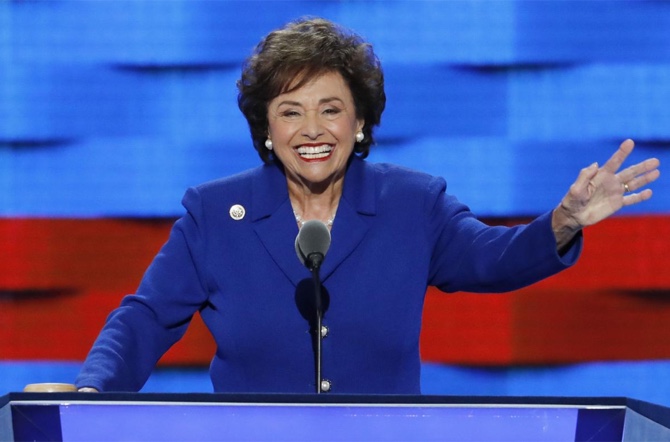 Lowey, 81, would be the first woman to oversee the committee that determines where the federal government spends its money. The New York Democrat, who represents the lower Hudson Valley, said the committee will seek to increase funding for infrastructure and for safety-net programs such as Head Start and Pell grants. The committee will also work to increase budget caps so lawmakers can avoid steep cuts to defense and nondefense programs.

The committee can also conduct oversight of any Trump administration action that involves government funding, such as how much Cabinet members are spending on travel or how much it is costing the Pentagon to send troops to the U.S.-Mexico border.

Schiff, 58, represents parts of Los Angeles, including Hollywood and Burbank. As the top Democrat on the intelligence panel, he has been one of Trump’s favorite foils in Congress. Schiff has repeatedly criticized the House’s Russia investigation, which his GOP colleagues conducted, saying it was inadequate.

Now Schiff will get his chance to conduct his own targeted investigation into Trump’s 2016 campaign and its ties to Russia. He has said that he wants to look at whether Russians used laundered money for transactions with the Trump Organization. He also wants more information about communications the president’s eldest son, Donald Trump Jr., had with his father and others about a June 2016 meeting between Trump campaign officials and a Russian lawyer.

Cummings, 67, will likely head the committee that could make life the toughest for the Trump White House because of its broad investigative powers.

Cummings would likely seek Trump’s business tax returns and other company-related financial records. He said he will work to make the president accountable, but will also challenge Republicans to uphold their oversight responsibilities, saying, “I think we as a body can do better.”

The Maryland Democrat, who represents parts of Baltimore city and most of Howard County, has said he would also like the committee to examine prescription drug prices and whether some states have engaged in voter suppression.

“We cannot have a country where it becomes normal to do everything in Trump’s power to stop people from voting,” Cummings said Sunday on ABC’s “This Week.”

He would also seek to bring Commerce Secretary Wilbur Ross before the committee to testify about the decision to include a citizenship question in the 2020 census.

Nadler, 71, has been in Congress since 1992 and has served on the Judiciary Committee for much of that time. He represents a large swath of Trump’s hometown of New York.

He is expected to make one of his first priorities as chairman protecting special counsel Robert Mueller’s investigation and requesting that Mueller’s materials are preserved in case he is fired. Nadler said Sunday on ABC’s “This Week” that Matthew Whitaker, whom Trump named acting attorney general last week, “should recuse himself” from Mueller probe because he “expressed total hostilities to the investigation” and “if necessary” the Judiciary Committee will “subpoena” him to appear before the committee

The Judiciary panel would also oversee impeachment proceedings, if Democrats decided to move in that direction. But Nadler has expressed caution about the idea, saying there would have to be “overwhelming evidence” from Mueller and some bipartisan support.

The panel is also expected to look into family separation at the border and the Trump administration’s management of the Affordable Care Act. 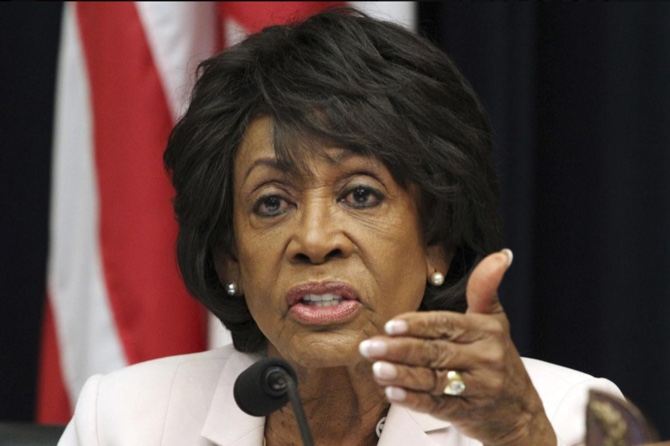 Waters, 80, is expected to chair a committee with oversight of banks, insurers and investment firms. She has opposed Republican-led efforts to roll back the Dodd-Frank financial reform law and is promising colleagues that she will prioritize protecting consumers from abusive financial practices. The California lawmaker, whose district centers on south Los Angeles County, can also conduct aggressive oversight of the Consumer Financial Protection Bureau and steps it has taken to reduce enforcement actions against student lenders, pay-day lenders and others.

The president railed against Waters on the campaign trail this year, frequently mentioning her during his rallies. Waters accuses Republicans of serving as Trump’s “accomplices.” 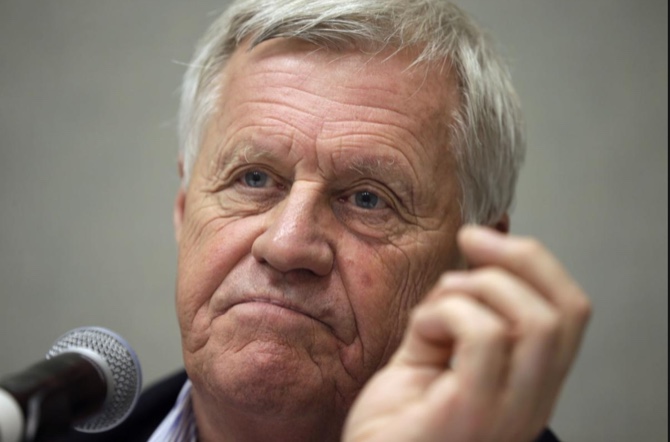 Peterson, 74, is a moderate from a heavily rural congressional district in western Minnesota. He is a strong critic of Trump’s trade policies and could use his platform to highlight how farmers have been harmed by retaliatory tariffs from China and other nations. His top priority now is to get a farm bill passed, if not in the current Congress, then in the next one. Peterson will also have the committee take a close look at the reorganization underway at the Agriculture Department, including the push to move its top independent research office out of Washington.

Yarmuth, 71, is serving his sixth term from Kentucky, where he represents much of the Louisville area. He’ll put together a budget blueprint that includes Democratic lawmakers’ top priorities. He also has said he will hold hearings on a single-payer health plan modeled on the Democratic push to create “Medicare-for-All.”

Engel, 71, who represents parts of the Bronx and New York City’s northern suburbs, has been a consistent critic of the president’s foreign policy. He has told colleagues that one of his top priorities will be to investigate where the Trump administration’s foreign-policy actions are intertwined with the president’s business interests. Protecting the State Department is also a priority for him, including looking into whether career officials have been “purged” because they were deemed insufficiently loyal to the president. 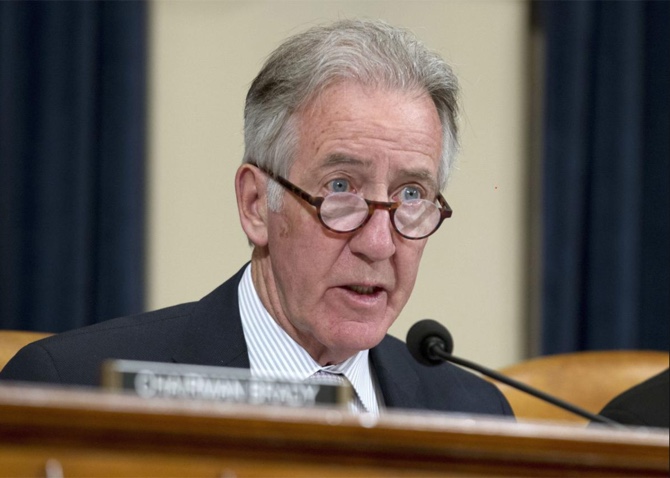 Neal, 69, who represents western and parts of central Massachusetts, is expected to lead the committee that has oversight of tax and trade issues. He is promising hearings on the $1.5 trillion tax cut Republicans pushed through last year and has said he would consider a middle-income tax cut, but only if rates for the top income earners go up to help pay for it.

The committee has jurisdiction over trade, and Neal said he expects Trump’s trade deal with Mexico and Canada to come before his committee soon. The panel is also expected to seek Trump’s tax returns from the IRS, likely triggering a court fight.

Scott, 71, is poised to lead the Democratic oversight of changes that Secretary Betsy DeVos has enacted at the Education Department. The Virginia Democrat, who represents parts of the Tidewater area, has told colleagues that he would continue work to free students from the burden of crippling debt, ensure workers have a safe job environment and conduct rigorous oversight to the administration’s “deregulatory agenda.” 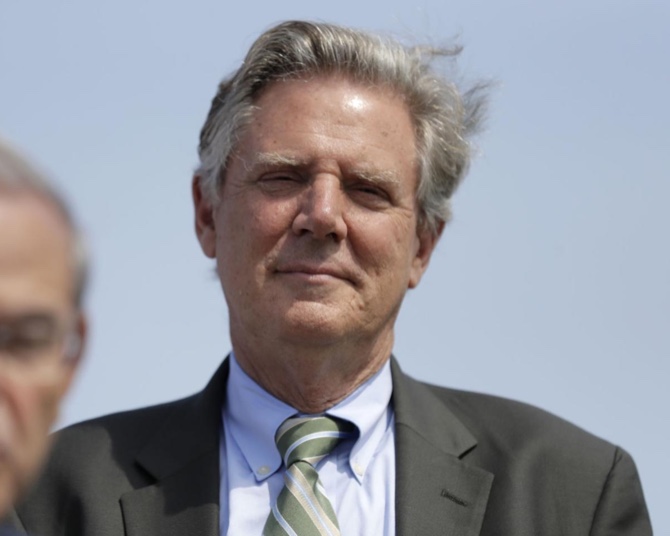 Pallone, 67, hails from north-central New Jersey and was a key player when a Democratic-led Congress passed President Barack Obama’s health care law. Pallone said he’ll focus on putting forward legislation to protect that law and on lowering the cost of prescription drugs. He’ll likely revisit legislation he has sponsored that would, among other things, restore marketing and outreach efforts to get more people enrolled in health insurance coverage and increase subsidies for poor and middle-income Americans. 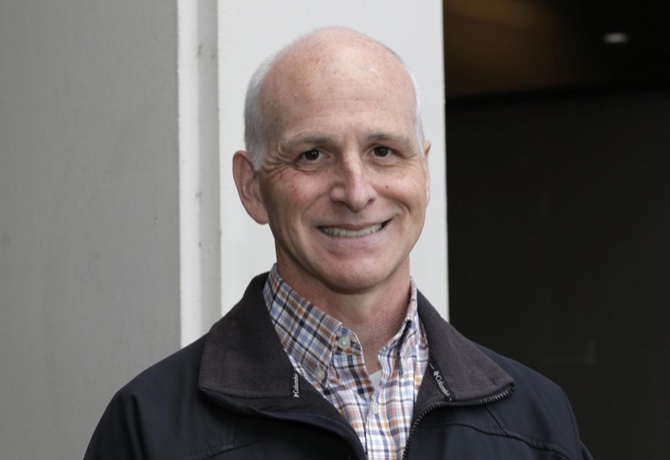 Smith, 53, says his top national security priority for the next Congress is oversight of the president, from “the politicization of the military, to his mismanagement of disaster response, to the lack of a consistent policy concerning civilian casualties, to his policies on Russia, and more.” He said the panel needs to conduct aggressive oversight of the Pentagon’s budget and weapons programs to ensure taxpayers are getting the best value. The Democrat from Washington state, who represents the central Puget Sound area, also said it’s also important to safeguard “an inclusive military” by eliminating discriminatory barriers. 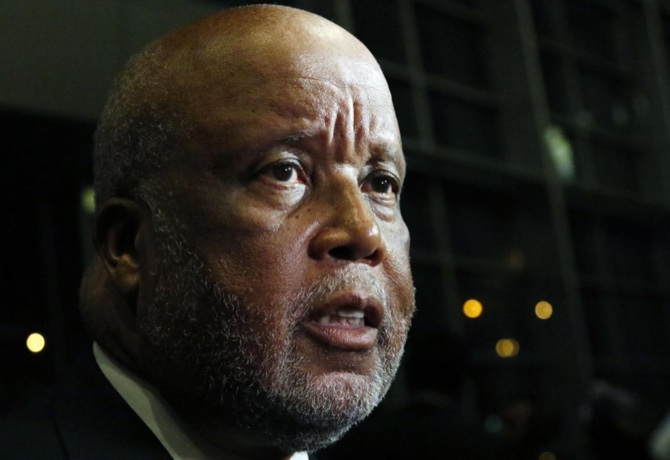 Thompson, 70, of Mississippi, will lead aggressive oversight of actions that the administration has taken on immigration, including its “zero tolerance” policy of prosecuting all adults caught crossing the border illegally and putting their children under the care of the Department of Health and Human Services. The committee will also examine the administration’s response to Hurricane Maria, which devastated Puerto Rico, incidents of domestic terrorism by U.S. citizens and what can be done to ensure election security. He represents the western and central parts of Mississippi.

Grijalva, 70, will likely lead a committee that has oversight over national parks and other public lands. The Arizona Democrat has pushed back against the Trump administration’s efforts to expand mining and drilling on federal lands. He’ll conduct oversight into the environmental toll of the administration’s actions. He’ll also emphasize stronger consultation with federal tribes before energy projects are approved. Tribes have complained that the Trump administration moved forward with the Keystone XL pipeline without adequate consultation and analysis of the potential impact on tribal lands. Grijalva’s southwest Arizona district includes parts of Tucson. Kevin Freking, Washington, AP