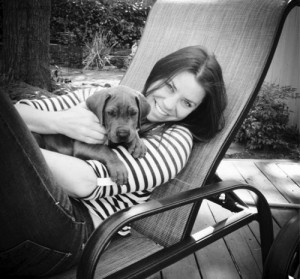 Brittany Maynard, a 29-year-old terminally ill woman who took her own life under Oregon’s death with dignity law

A terminally ill woman who renewed a nationwide debate about physician-assisted suicide has ended her life with the lethal drugs available under Oregon’s Death With Dignity Law. Brittany Maynard was 29.
Maynard, who had brain cancer, died peacefully in her bedroom Saturday “in the arms of her loved ones,” said Sean Crowley, a spokesman for the advocacy group Compassion & Choices.
Weeks ago, Maynard had said she might use the lethal drugs Nov. 1, just a couple weeks short of her 30th birthday. Last week, she said she might delay that. But she went ahead with her original plan.
Crowley said Maynard “suffered increasingly frequent and longer seizures, severe head and neck pain, and stroke-like symptoms. As symptoms grew more severe, she chose to abbreviate the dying process by taking the aid-in-dying medication she had received months ago.”
Before dying, Maynard tried to live life as fully as she could. She and her husband, Dan Diaz, took a trip to the Grand Canyon last month — fulfilling a wish on Maynard’s “bucket list.”
Maynard has been in the national spotlight for a month since publicizing that she and her husband had moved to Oregon from California so that she could take advantage of the state’s Death With Dignity Law. The law allows terminally ill patients to end their lives with lethal drugs prescribed by a doctor.
Maynard told The Associated Press last month that she and her husband and other relatives accepted her choice.
“I think in the beginning my family members wanted a miracle; they wanted a cure for my cancer.” she said. “When we all sat down and looked at the facts, there isn’t a single person that loves me that wishes me more pain and more suffering.”
Oregon was the first U.S. state to make it legal for a doctor to prescribe a life-ending drug to a terminally ill patient of sound mind who makes the request. The patient must swallow the drug without help; it is illegal for a doctor to administer it. Steven Dubois and Terrence Petty, Portland , AP